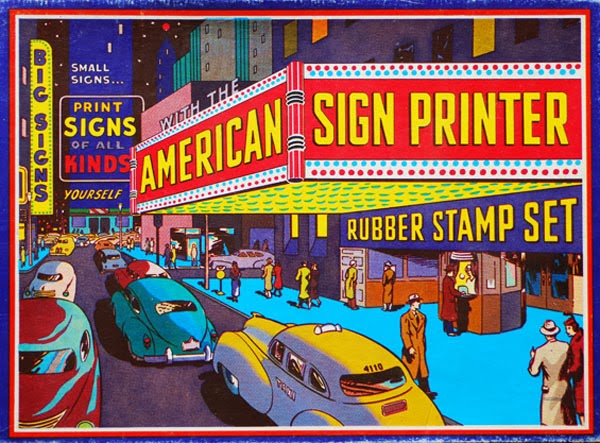 Letterology is typically not in the habit of making product reviews, but I'm making an exception today, and giving two thumbs-up for this dramatic production of the American Sign Printer kit by the Superior Marking Equipment Company of Chicago. Originally staged in the 1940s, the colorful art direction and cast of characters built a suspenseful yet familiar plot: young child with lofty ambitions of becoming a successful sign maker, quickly has hopes dashed by diminished expectations. "This American troupe's patriotic production must have been directed by the 'Inferior' Marking Equipment Company", cried some of the blistering reviews. In comparison to the mighty opening credits in the first act, the shrinking performance was considered uninspired and featureless. Unfortunately, even with its large cast of 26 characters and a parade of extras (along with one lone star), nothing could save this play from a short shelf life. Now, nearly 70 years later, the revival of the American Sign Printer is a real sleeper of a hit. It's now playing in limited release. Get one here and here while supplies last!

Disclaimer: Letterology receives no funding nor commercial loot from independent dealers, and only offers reviews and recommendations as a public service ;) 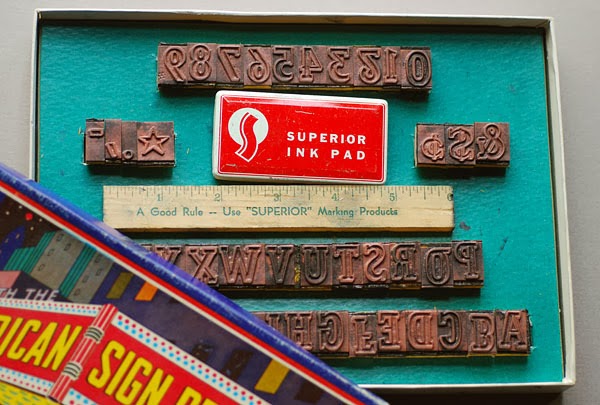 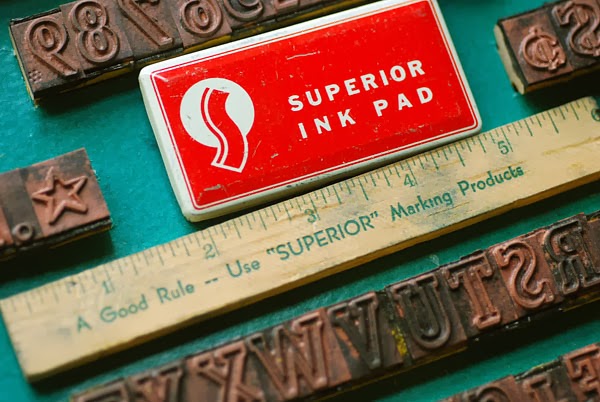 Okay, they deserve one gratuitous star for casting an outline face. Done!