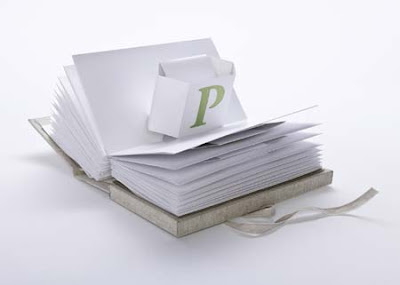 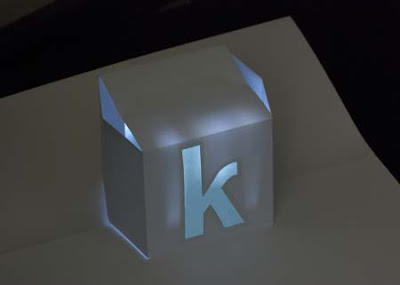 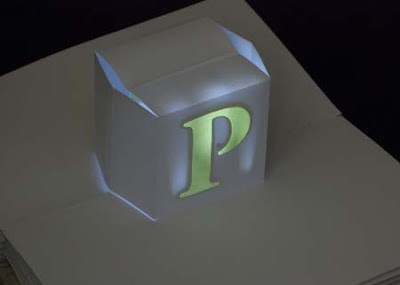 This book probably took more engineering to make than the iPad. It was produced by my former student, Jee Lee as a challenge for her xType project in my class last winter quarter. She made model after model to engineer the binding structure that would safely contain her pop-up alphabet, lit by an LED light and battery contained in the spine. She conceived the electrical parts by deconstructing piece parts she found at the hardware store. The final outcome was remarkable–especially considering she had never designed anything like it before. Jee is an amazing talent, and it was an honor to have her as my student. Her pop-up book is now featured in the Movable Book Society's international juried exhibit which opens on Friday, and runs through October 30th at 23 Sandy Gallery in Portland OR. Her book was chosen from over 200 entrees from a group of international book artists–many who have been producing pop-up and paper engineered books their entire careers. You can see the online catalog of the exhibit here. Meanwhile, Jee is now moving to the Bay Area to begin her first design position and we will all miss her greatly. You go girl!
Posted by Jennifer Kennard at 9/29/2010