Whistle While You Print


It was blind luck I guess that we found ourselves in San Francisco around the launch of the Levis Ready to Work printmaking pop-up workshop in the Mission District on Valencia. I stumbled across a newspaper blurb about it a day earlier which piqued my curiosity. I was unable to attend the launch however as it coincided with the opening of Maira Kalman's exhibit at SF's Jewish Contemporary Museum. The next day I dropped in and had an opportunity to speak with the curator and learn more about the ambitious project. Wieden+Kennedy of Portland, OR is responsible for this We Are All Workers campaign which promises to be a seed for change as it celebrates workers of all stripes. They encourage anyone to come in off the street and roll up their sleeves and design something to print. Inside there were people working at a counter of nice new iMacs and printers–all for public use; an entire room dedicated to silkscreening posters, t-shirts or even tortillas if you were so inclined; and two large Vandercook proof presses and shelves of ink waiting to be used. This may be a grand marketing campaign for Levis, but it is also fostering community spirit in a very economically depressed neighborhood of San Francisco and it is doing a great public service of encouraging pride in our work. No longer should it be just a four letter word! Evidently Levis intends to open other temporary pop-up workshops centered around different work themes in other metropolitan areas around the country soon. Below are some of the photos I took there last July. 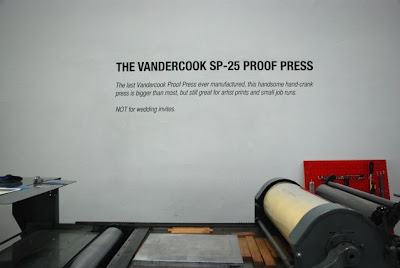 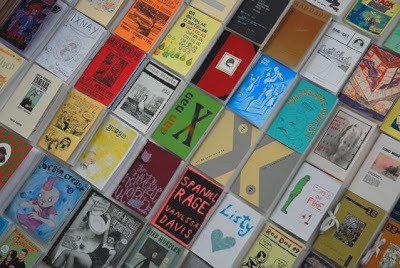 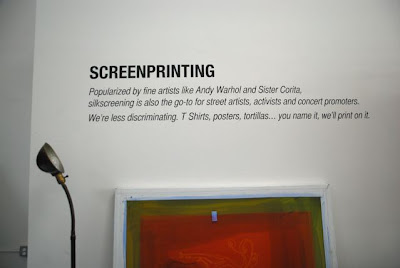 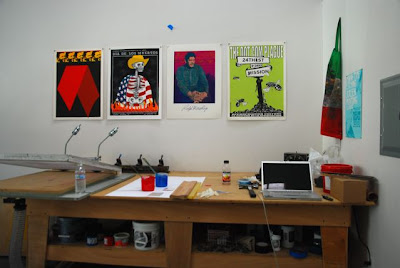 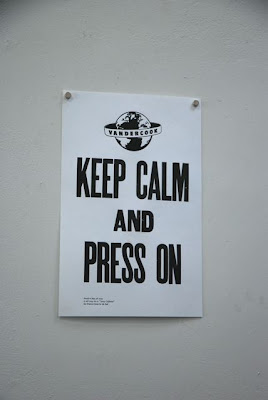 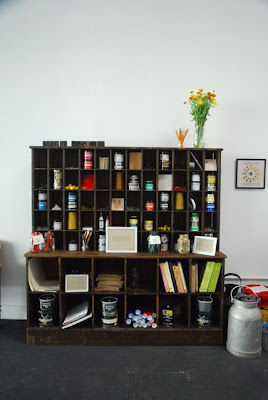