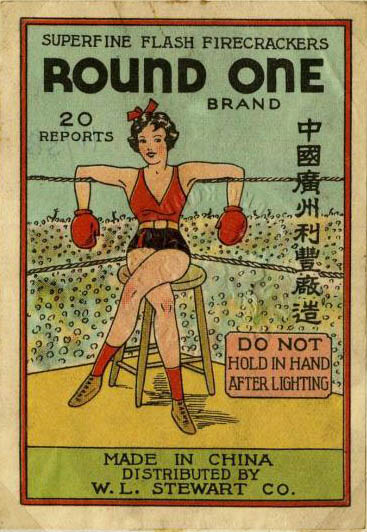 Sure to spark some spontaneous conversation is this exceptional collection of 19th century vintage fireworks packaging and labels which were offered by George Moyer at Morphy's auction last year. Moyer began collecting fireworks at the age of ten when he would pick up discarded packaging at fourth of July celebrations. The two day sale of 1300 different lots brought in $438,000. Many of the rarities, considered to be one-of-a-kinds, went for 4 figures each. Fireworks labels, by their very nature, were meant to be disposable soon after opening, so it is no surprise how rare some of these remarkable examples of graphic design and printing remain to be. 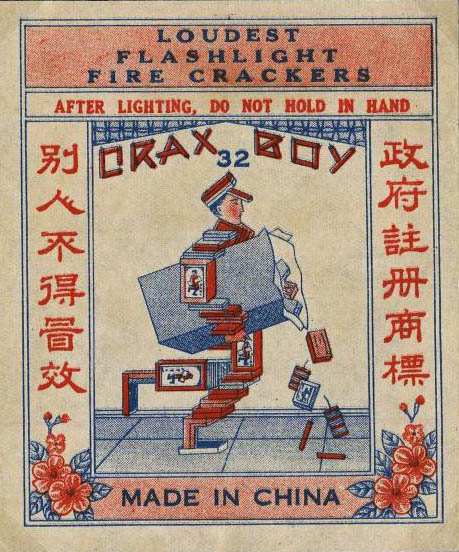 By all appearances, some label designs were often illustrated by amateur artists, giving them a charming folk art appeal. Many of the popular designs were crudely copied and the printing was often out of registration. Some, such as the constructivist style Crax Boy, were continually modernized, yet the adorable firecracker lettering remained. 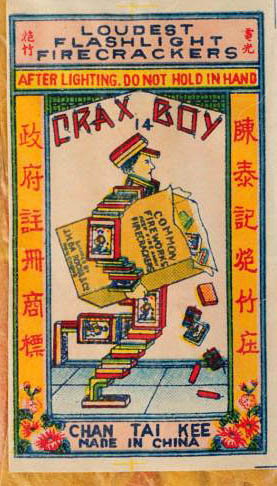 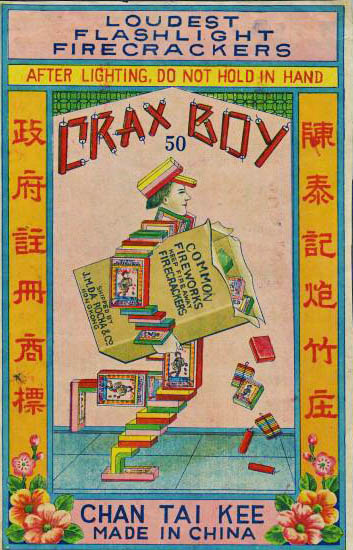 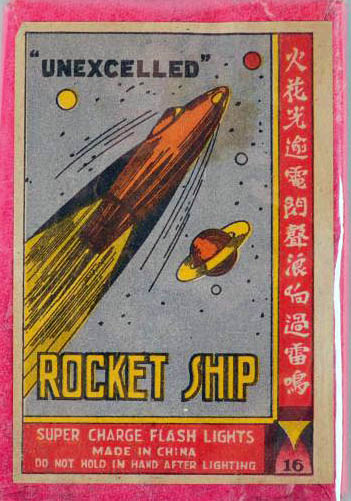 Manufacturers would frequently attempt to appeal to American audiences by giving their fireworks macho names evoking power, patriotism and freedom. Space exploration was another popular topic of label design. 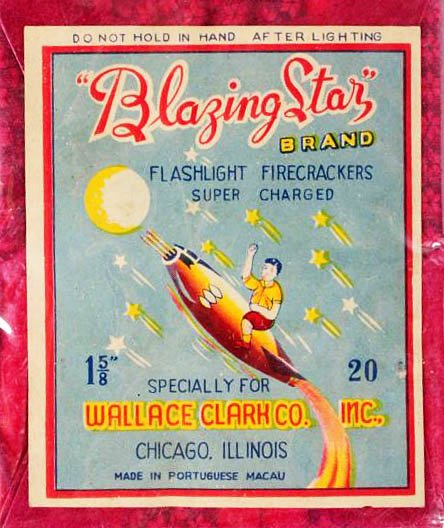 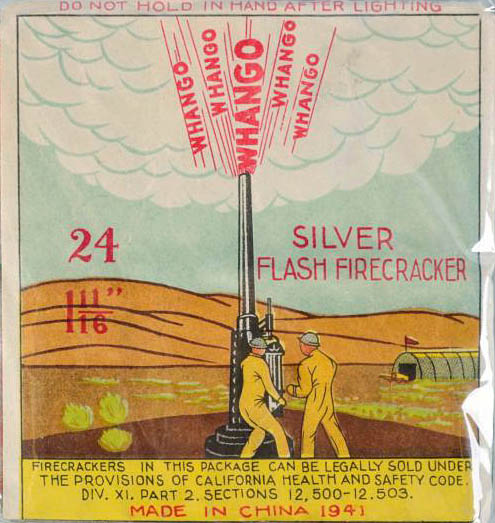 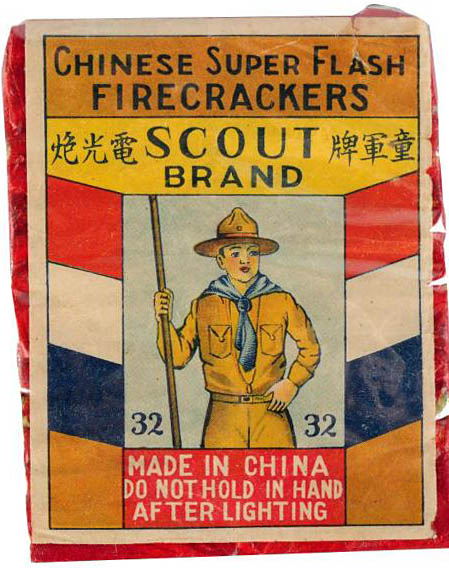 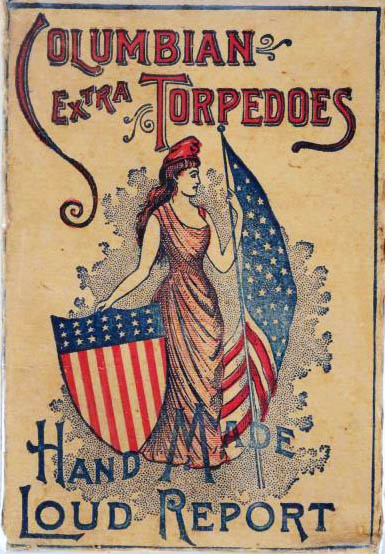 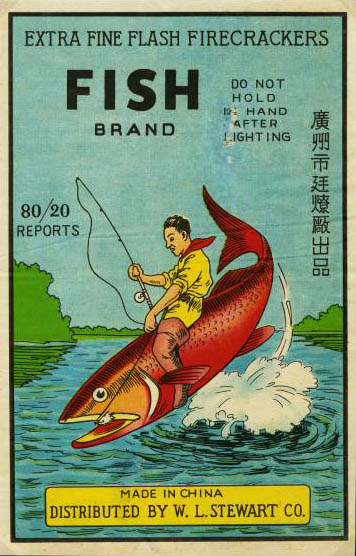 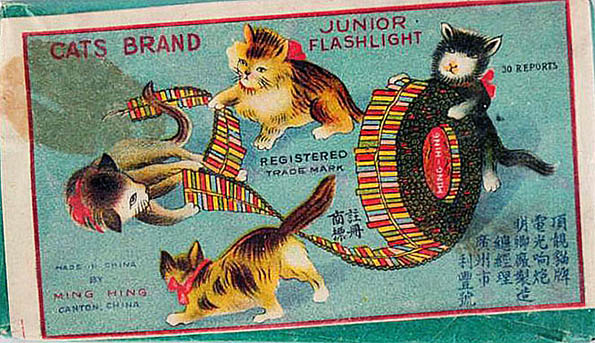 And then you get the occasional comical and odd illustrations such as Cat's Brand. 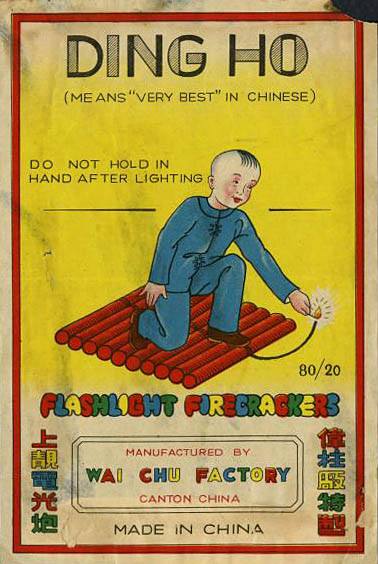 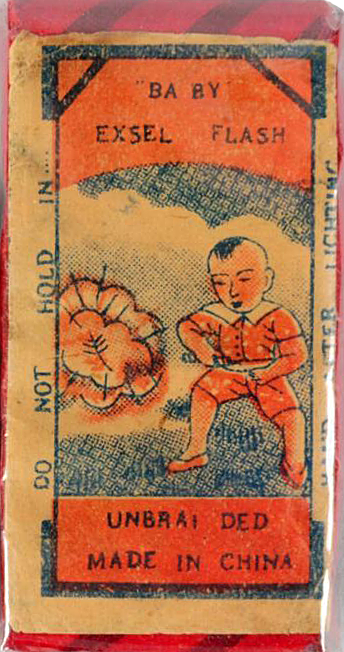 And others which are just charming for their raw, unpolished printing, design and nonsensical typographical oddities. 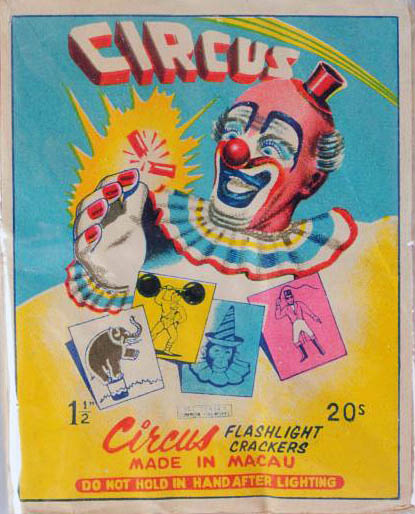 Clowns are a perennial source of fright. 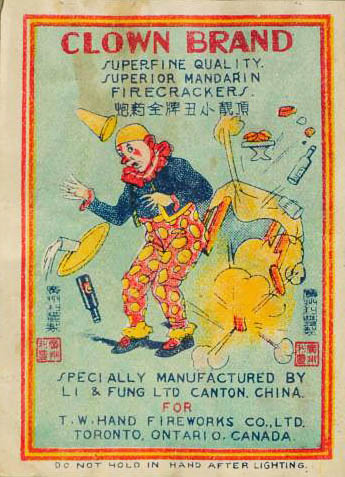 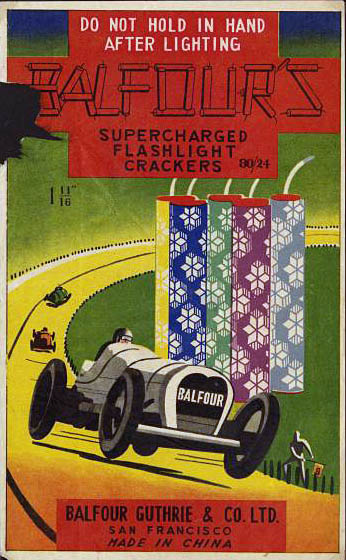 And more firecracker lettering which appears like it was an afterthought in this design. The more modern Arrow label below fires up with some lightening type for their brand. 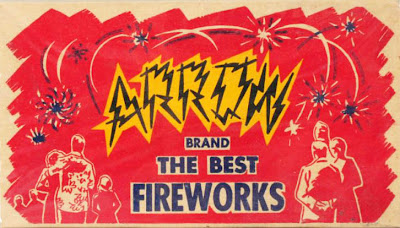 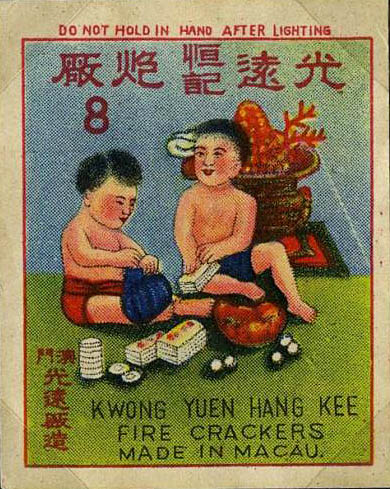 Then there is the Two Boys Counting Money which simply defies description, as does the Lucky Boy label below.

Letterology disclaimer: Be safe out there today folks and remember, "Lay on ground, Light fuse and Retire quickly!" 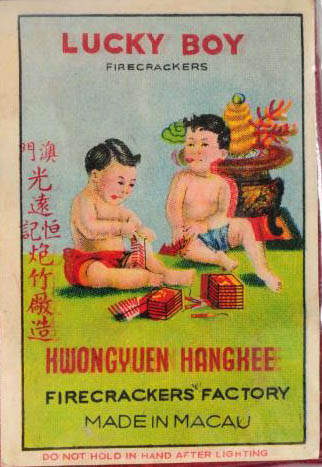