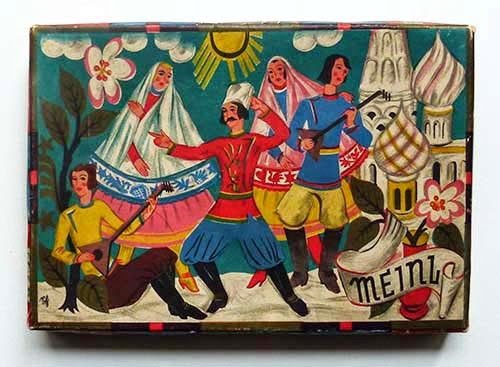 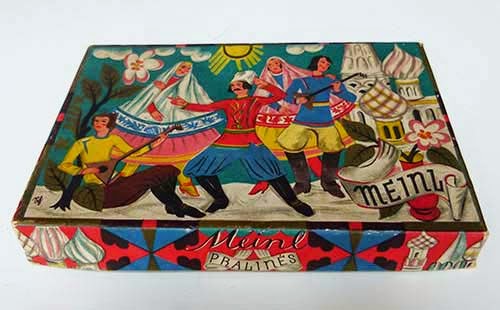 Long after the flavor of a fine chocolate disappears, the packaging remains as a treasure to savor for years to come. Many are just as irresistible as the chocolate treats they contain. Choosing a favorite box design is like picking a favorite chocolate, but this Julius Meinl Pralines box from Vienna with the Russian motif and lovely hand lettering rates high. Many of the designers' names are long forgotten sadly, but the beauty of their ephemeral packaging compelled someone to save these boxes for decades. All of these paper confectionary containers and more are available from this Antique Pool dealer in Vienna. They truly belong in a chocolate museum somewhere. 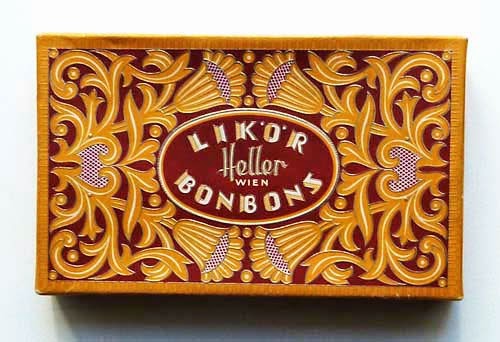 A small box with embossed design to hold liquor-filled bonbons from Heller. 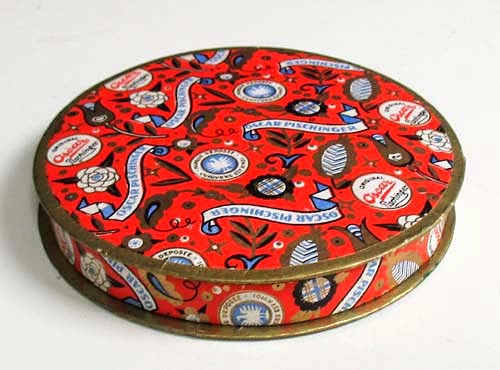 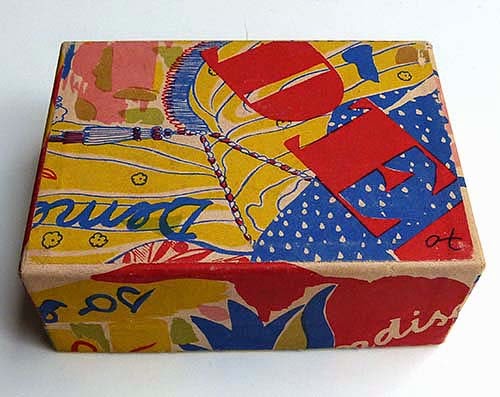 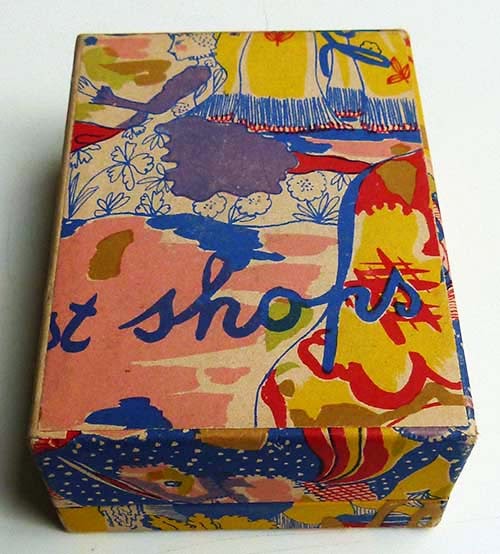 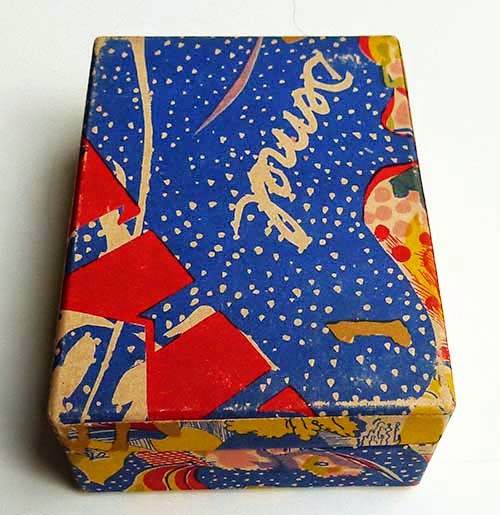 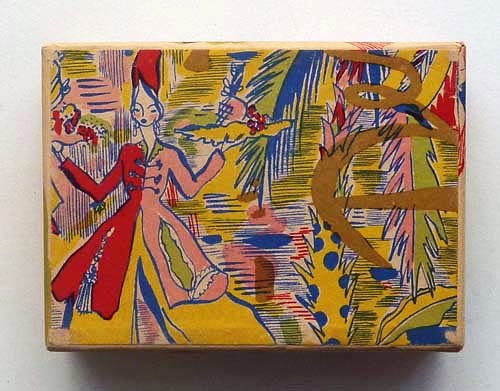 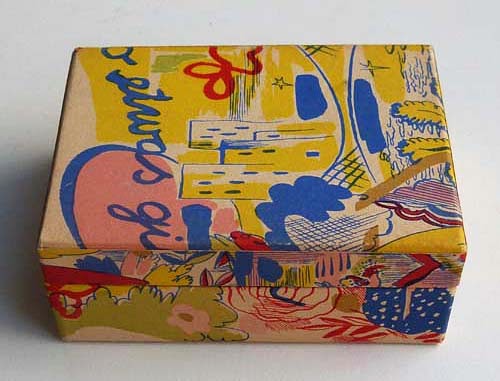 Demel, the oldest Viennese confectionery, was founded in 1799. They are admired as much for their decadent chocolates and candies as for the packaging designed by Swiss baron Federico von Berzeviczy-Pallavicini (1909-1989). Pallavicini was a visionary artist and designer, and studied fine arts in Vienna where he was strongly influenced by the Wiener Werkstätte movement. In the late 1920s, he was introduced to Demel by architect and designer Josef Hoffmann—launching his career as a visionary designer of wrapping papers, packaging and ornate window displays. Pallavicini's work is consistently recognized by his use of lively overall pattern and hand lettering with a distinctively flamboyant style. His box designs with hinged lids seen above, are likely dated sometime in the 1930s. 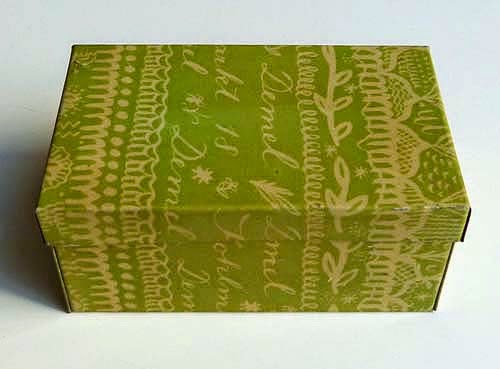 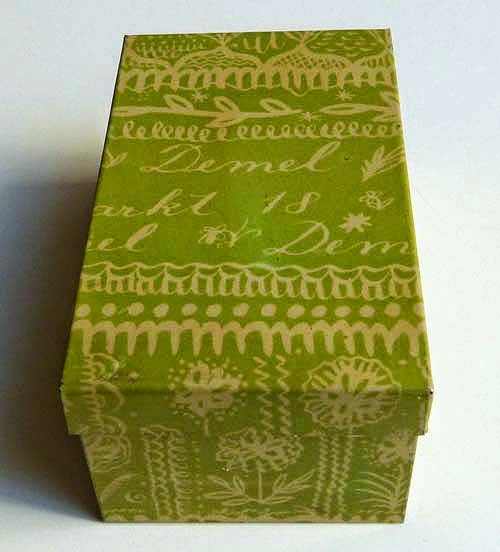 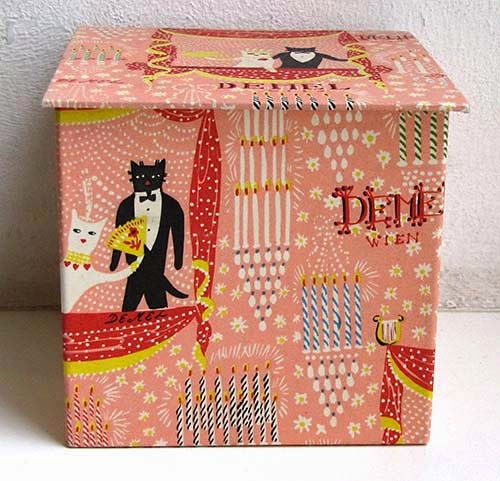 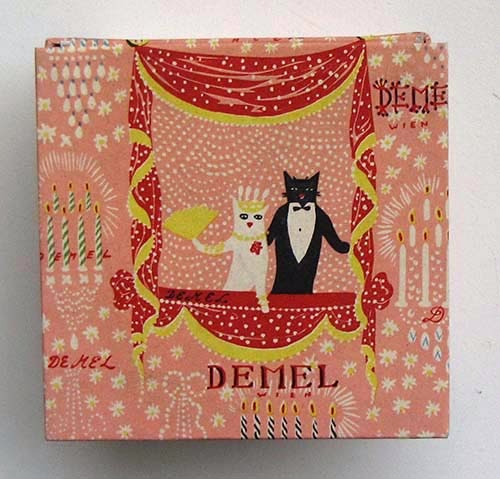 In 1936, Mr. Pallavicini married Klara, the Jewish niece of owner, Anna Demel, in order to protect her from the menacing threats of Nazism. She was allowed to enter a convent under his name and survived the war. Pallavicini moved to Italy in the late 30s and pursued a career as a magazine illustrator and art director. He later settled in the New York and worked as an art director for Elizabeth Arden, an interior designer for Helena Rubinstein, a stylist for Look magazine and an art director and illustrator for the short-lived, but highly-admired Flair magazine. After Klara died in 1965, Pallavicini managed Demel until 1972, when he sold the family firm. Some of his package designs continue to be in use today. 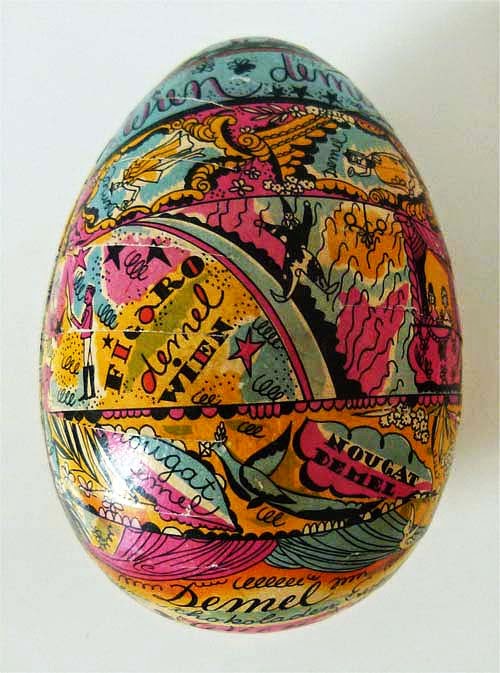 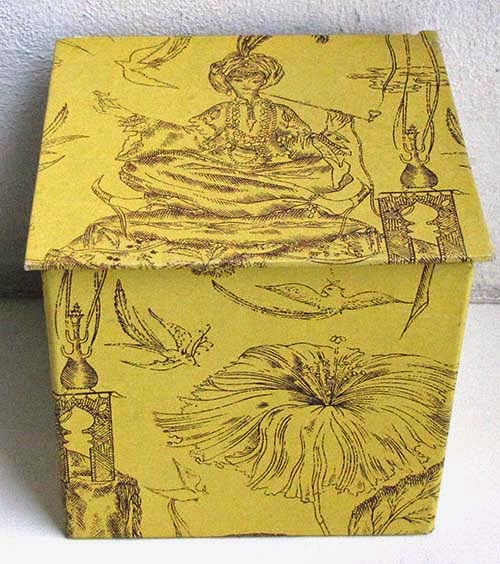 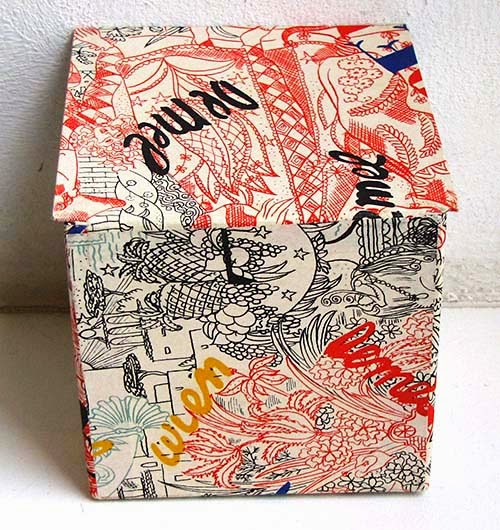 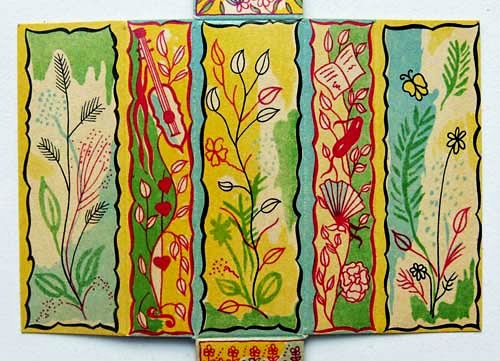 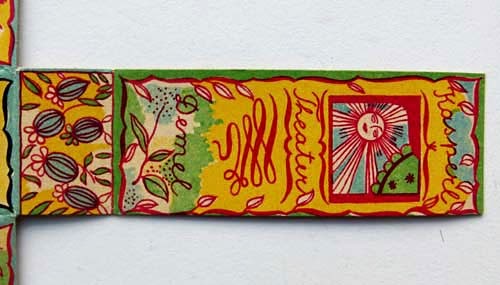 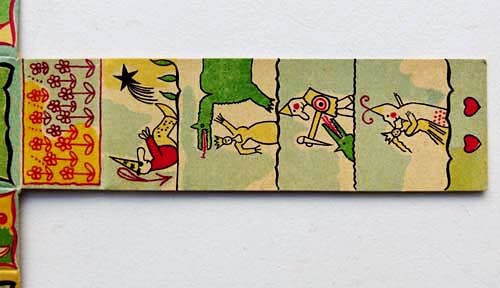 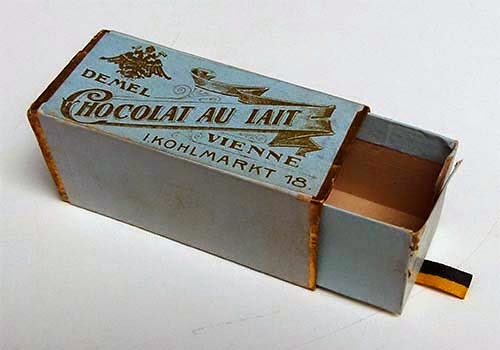 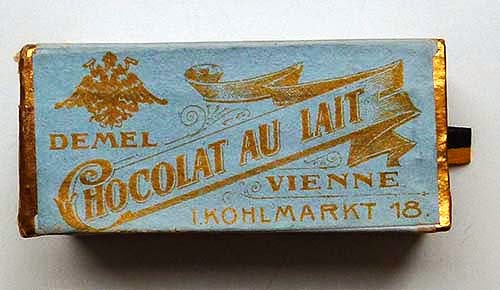 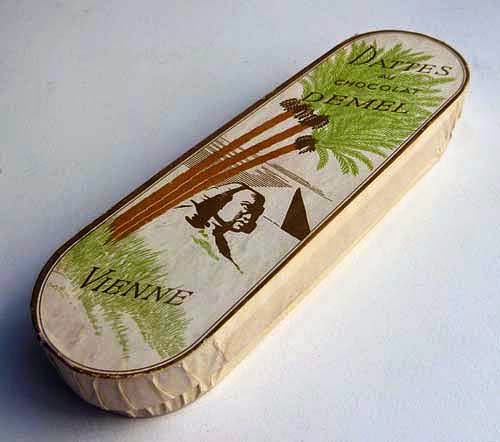 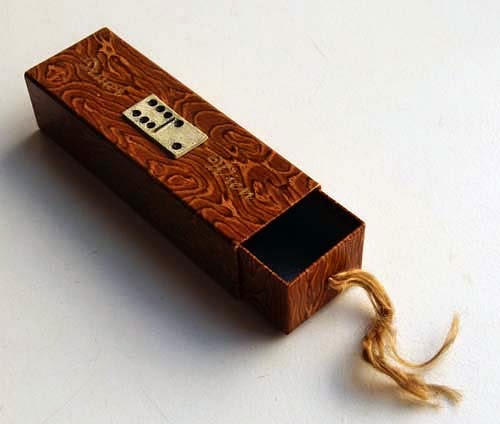