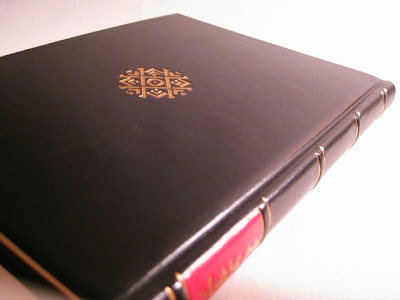 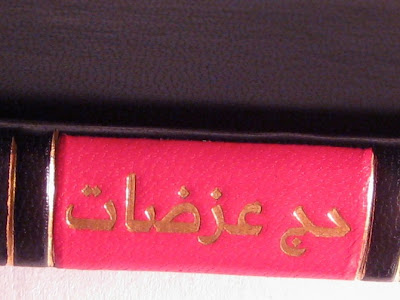 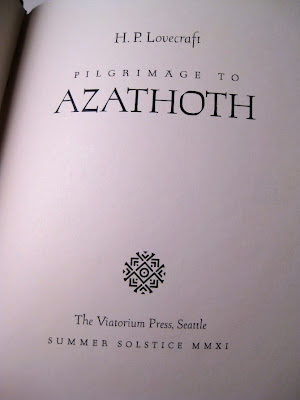 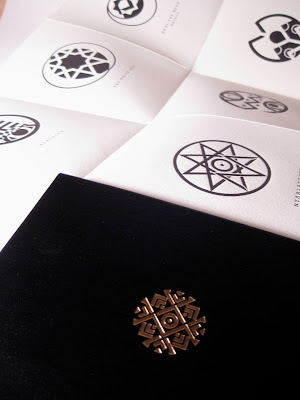 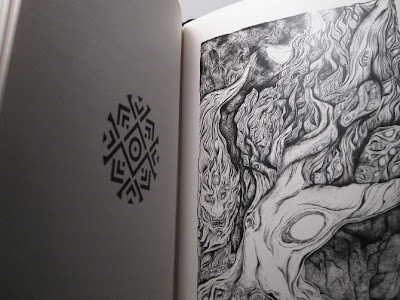 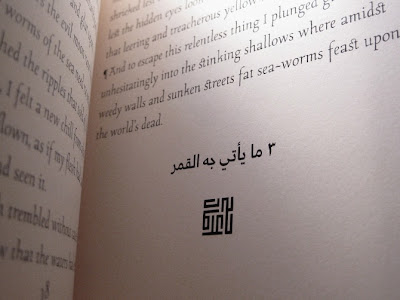 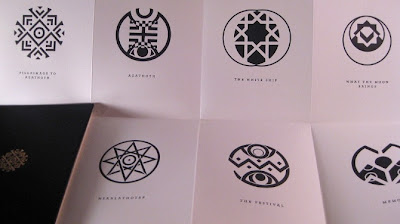 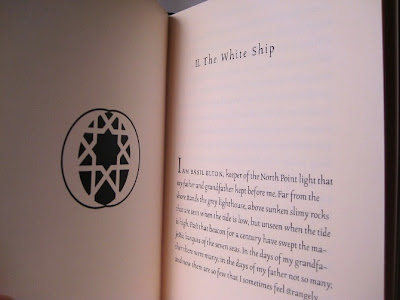 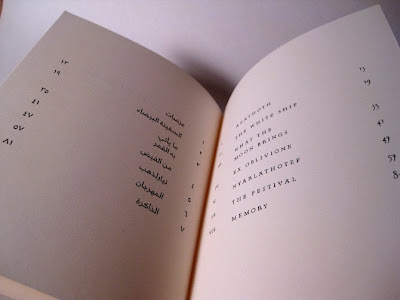 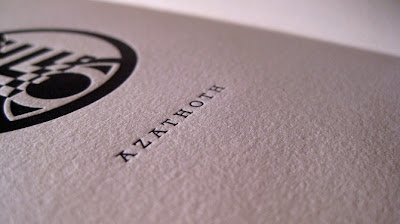 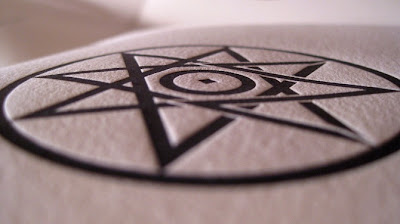 Bookbuilders West, a non-profit organization for publishing professionals based in San Francisco just announced this year's scholarship awards for student book designs which are submitted from eligible students across 13 Western states. My students Joe Uccello and Kevin Cox took top prizes. Joe takes home the grand prize of $1000 for his H.P. Lovecraft book Pilgrimage to Azothoth, to cap the winning streak of 5 years in a row for my book design course (aka Typography III) at the Seattle Central Creative Academy. It is indeed a well-deserved honor for both of these guys. Kevin took the honorary Steve Rennick memorial award of $500 for his book The Call of Cthulhu. Interestingly, this is sort of a "Lovecraft Fest" as both of these books are make-overs of two H.P. Lovecraft texts, but their interpretations are very diverse. I couldn't be more proud of each of them for their impressive efforts. An evening reception will be held in San Francisco in honor of all 5 of the award recipients later next month.
Both recent graduates are very diligent workers and comprehend the rewards of fine typographic etiquette as it applies to books. Joe is probably the most passionate book design and typography student I have had in my 6 years of teaching this course and the only student who came to me with intentions of self-publishing his book project. His intentions are to continue self-publishing books under his own press name of The Viatorium Press and to pursue other print and ePub work in the book design industry. I originally wrote a feature on Joe's book earlier this month, just after he showed me a completed edition of it. He began concepting this book long before my class last Fall, and it proved to be a pilgrimage to the end. Originally he wanted it to be a landscape format as it felt more like a travel journal or guide one would take on a long journey. Many variations of it were made before deciding upon the small, portrait format that fits nicely in the hand. In the end, he had the first 2 copies in his edition of 46 books (Lovecraft lived only to age 46) bound in black goat skin with red inlay on the spine and gold foil stamped on 3 sides. Sewn into the front matter, is an 11x19" letterpressed folding plate he printed on Rives paper explaining the eight kufic designs he illustrated for each station of the pilgrimage. As Lovecraft's writings are in the public domain, Joe intends to eventually sell copies of this edition on his website here. 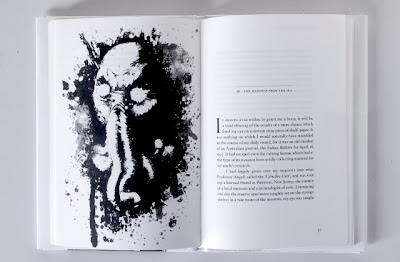 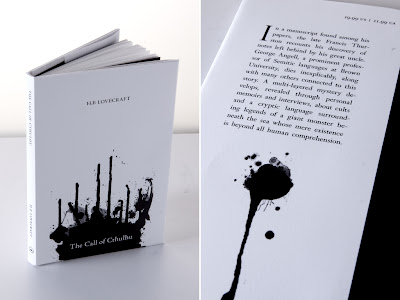 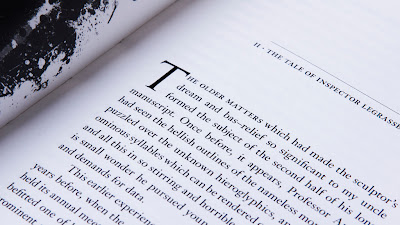 Kevin is a very self-motivated and assured young designer with excellent typography and technical skills and needs little guidance. His design and illustrations for Cthulhu took shape very quickly. His only regret was being unable to stain the head, foot, and fore edge pages of his book black, but he was pressed for time. Even without, his book is a remarkable study in black and white and it's a deserving choice for the Steve Rennick memorial award, named after the highly regarded book designer formerly at the University of California Press.
My apologies for some redundancy of photos in recent posts, but I'm dang proud of these guys—and all of my students who struggled so hard to get this far. Once again, my sincere gratitude goes out to InDesign teacher Chris Sullivan for his tireless instruction, to illustration instructor Claire Cowie for her thoughtful guidance and to Bonnie Thompson Norman for her bookbinding direction. And thank you to all of the volunteers and supporters at Bookbuilders West for organizing such a meaningful event. Books can and do change lives.
Posted by Jennifer Kennard at 6/28/2011