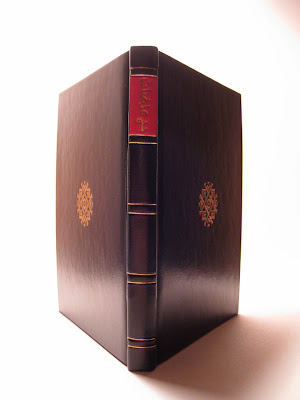 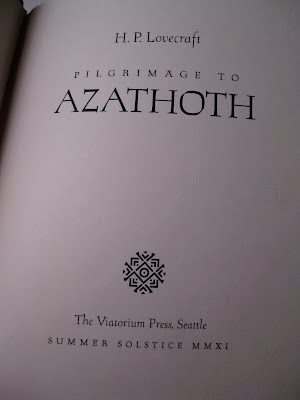 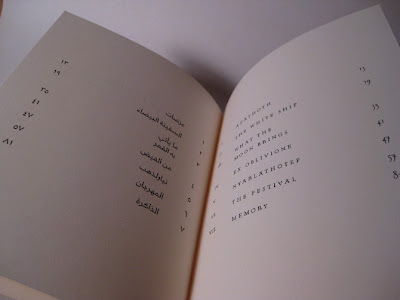 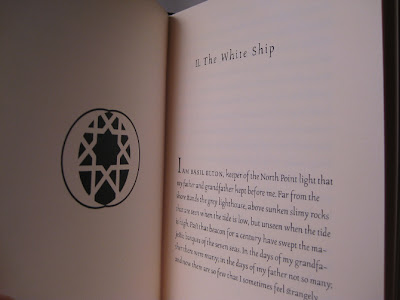 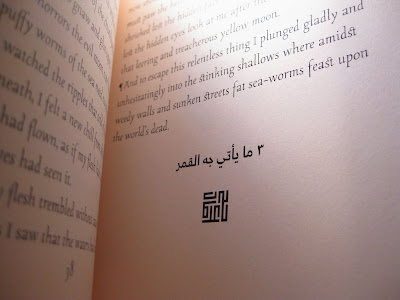 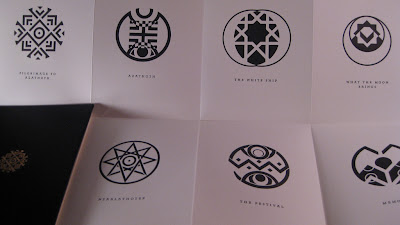 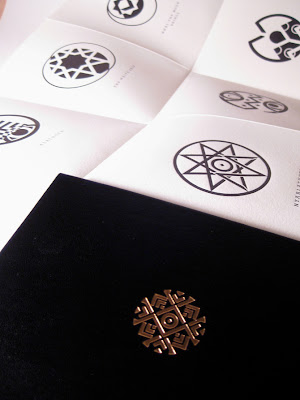 This H.P. Lovecraft book, Pilgrimage to Azathoth was designed by my student Joe Uccello. I first met Joe about 2 years ago at our annual graduate's Portfolio Show which coincidentally happens again today. Joe was a Publishing Arts student at our school at the time and was interested in letterpress printing, typography and book design. Weeks earlier, the school administrators announced they were eliminating the 2nd year of Publishing Arts program because of budget cuts which prevented him from completing his degree. Discouraged, he hoped to transfer to our two year graphic design program which I encouraged him to do, especially after he showed me the copy of Jost Hochuli's book, Detail in Typography he was carrying in a pocket of his pant legs. He said he considered this and Robert Bringhurst's book, Elements of Typographic Style, his two favorite typography references.
The text of the Azathoth book you see above is the only surviving work from an incomplete collection of stories which Lovecraft intended to publish. The goal of this book, Uccello writes, "was to complete the novel Lovecraft planned by using disparate, yet thematically related stories from the author's body of work, the whole to be disguised within the structure of a pilgrimage, a record of a mystical journey...".
The interior text pages were printed on a laserprinter and includes an 11x19" letterpressed folding plate printed on Rives paper sewn into the front matter of the book. This folded plate explains each of the marks he illustrated to portray the stations of the pilgrimage. The main text font is Stern Pro, the only font issued digitally and in metal simultaneously, by the recently passed master font designer and printer Jim Rimmer, and he created it in memory of Washington State printer Chris Stern. In addition, Joe had some of the text translated to Arabic and mirrored it to the text on the contents page and chapter ends. He claims "the Arabic font was chosen for its inspiration in ancient Kufic writing forms, as it references Lovecraft's mingling of Arabic lore and legend".
The black leather binding with a red inlay on the spine was art directed by Joe and bound by Ars Obscura Bookbinding in Seattle. It also includes gold foil stamping on the front and back cover and the spine. The full edition will be 46 books, which is how old Lovecraft was when he died. These books will eventually be for sale at Joe Uccello's website.
Now, two years later, Joe graduates this week with more passion and enthusiasm than ever about carving out a career in book design. Although he has been absorbed with several of H.P. Lovecraft's works this past year and is now working on a likeness of a 16th century codex to be released this Fall, he is also eager to learn more about the mechanics of eBook publishing. No doubt he will.
*  *  *  *  *
The next student work belongs to Rebecca Shapiro who, along with Joe, I have acknowledged earlier in this space. Rebecca is a former English major and another who has the passion for the book. She is a big fan of the work of Jorge Luis Borges and chose his work The Garden of Forking Paths as her choice to redesign. It is a collection of short fiction currently available as the first half of the collection Ficciones. Most of these stories are about the nature of writing and books.
Rebecca's illustrations are photographs of dioramas made from hollowed books that reflect some nature of the story they accompany. She claims "the tone of the book is studious and mysterious; it stresses curiosity about language and the world. It aims to push the imagination and especially the tools we use to describe the imagination. It is incredibly beautiful and elegant, each word placed with precision. The typography and design must reflect this solemnity and beauty". I think she has nicely achieved this. 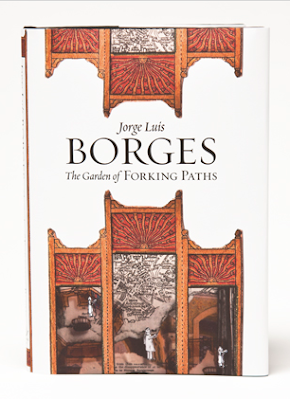 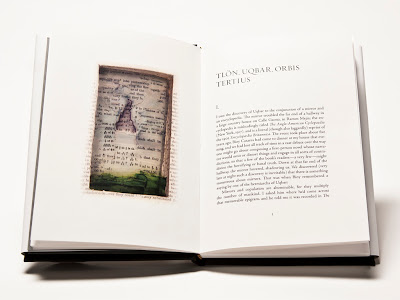 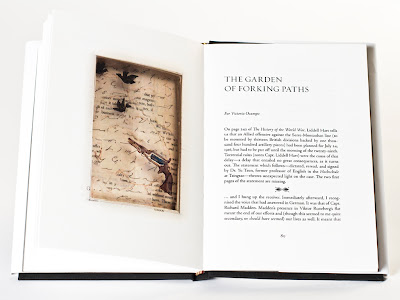 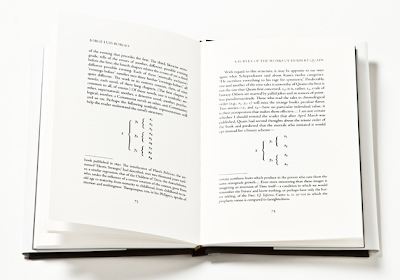 Below are 3 book cover designs Rebecca chose to create entirely on her own. She wanted to include more examples of cover designs in her portfolio and determined a series would be better than just one.

This last cover design of Rebecca's seen below was inspired by a challenge Penguin Books presented to design students this past Spring. They had a call for entries to design One Hundred Years of Solitude and the winner was to receive £1000 and a 6 week internship at Penguin Books in the UK. Sadly, her busy school schedule did not permit her to produce this design before the due date. Had I seen it earlier, I might have counseled her to scrap the schoolwork, as I believe this one would have been a great contender. Someone hire this girl! 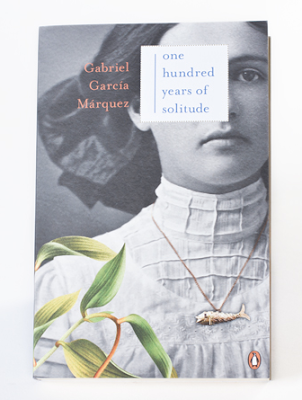