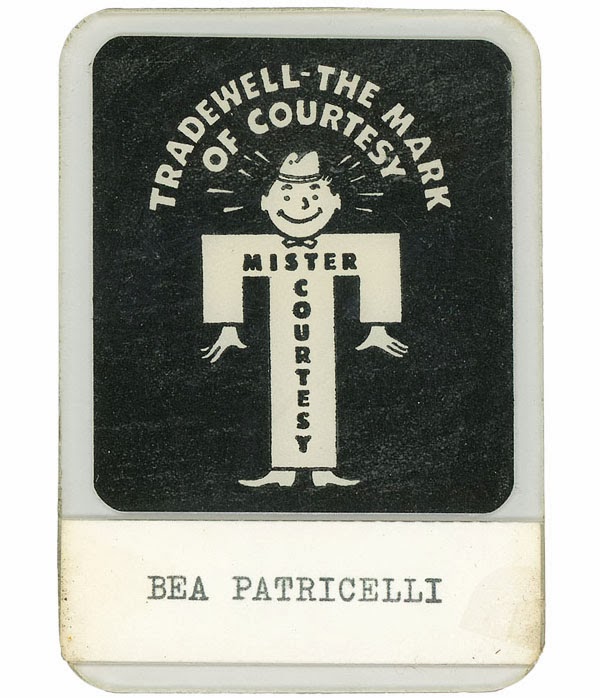 Meet Mister Courtesy, the smiley-faced man with a bow tie and funny cap, who might make a better Mr. T. He was once the official brand character for the Tradewell grocery store chain which had a large presence in the Northwest in the 1950s until mid-1980s. Though long ago retired, Mister Courtesy was once a distinguished resident in the stores—seen on grocery bags, in newspaper advertisements, and on every plastic employee badge—often surrounded by what appears to be a halo of Futura type. I rescued this badge for a quarter's ransom, where it sat in a pile of odds & ends on a flea market table. His smiling face now rests comfortably on my bookshelf amongst some type and lettering books. I could think of worse places to retire I guess. 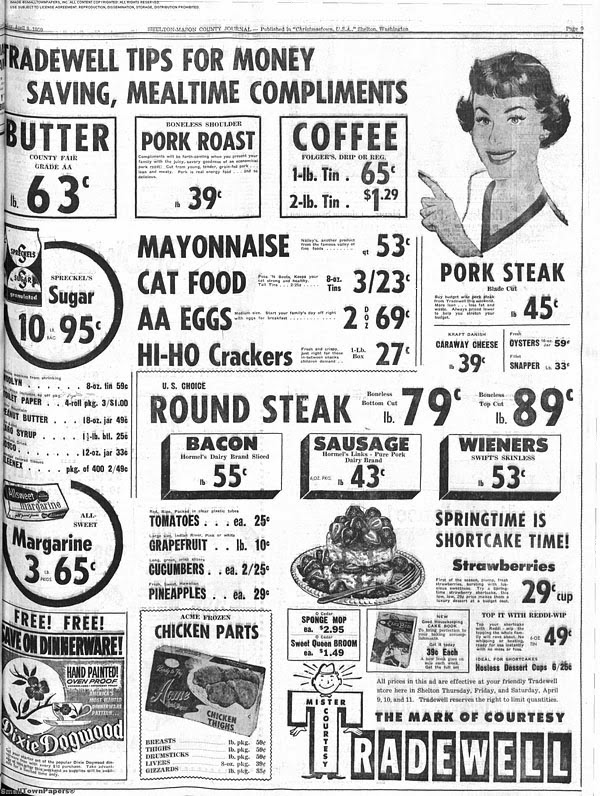 Finding Mister T, as I prefer to call him, got me thinking the other day about the many character trademarks designed from letterforms. These marks became widespread in the early 1920s, particularly in Germany, where designers preferred the modern, bold strokes popularized by poster designers of the day. As advertising increased in the 1940s and 50s, so did character trademarks. However, most of them were designed as actual cartoon mascots, instead of those made with letterforms. As a result, I feel the term trademark character is unfair and much too confusing. It does not appropriately distinguish the typographic version, so I prefer to add the term anthrotypes to this graphic lexicon, which seems a more perfect analogy to describe these little typographic mascots. They are anthropomorphic characters constructed of letterforms, designed to humanize and establish appealing personalities for business. These little anthrotypes, (OR trademark characters if you prefer) are also another reminder of just how closely the letter structure is identified with the human form. When we speak of the letter's anatomy, we often describe the legs, arms, shoulders, and spine to identify it. Naturally, the letter's K and R are most frequently used anthrotypes, because they essentially have two legs already. Others are constructed with combinations of letters—usually with the initials of the company name. I've included some of these endearing little lettermen (and letterwomen in one example) from various resources on my bookshelves. Captions and credits follow at end. 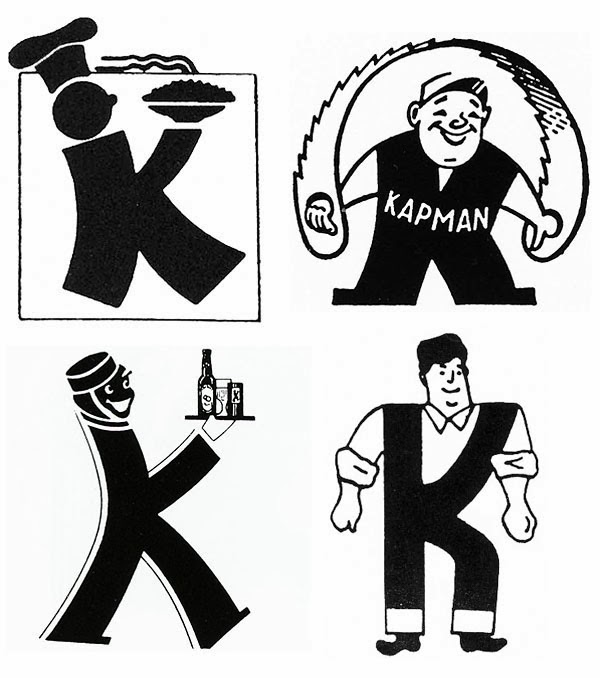 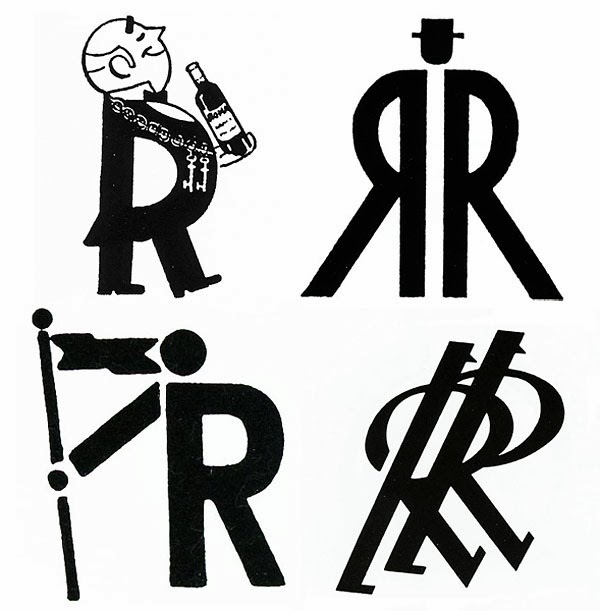