This short trailer for the classic 1978 documentary, Final Marks: The Art of the Carved Letter, is about the John Stevens Shop, a stone lettercutting shop in Newport RI. It chronicles the work of John ‘Fud’ Benson—then the owner and principal designer, and, arguably, one of the most accomplished lettercutters in the world. Established in 1705, the John Stevens Shop was the oldest business in the United States still in continuous operation in the same colonial building at the time this film was made. Benson's father began the family stonecutting business when he acquired the John Stevens Shop in the 1920s.

The entire Final Marks: The Art of the Carved Letter 49 minute film, begins with a review of some of their most demanding works of monumental inscriptions at the National Gallery in Washington and John F. Kennedy's gravesite at Arlington Cemetery, which Benson completed at the young age of 26. We next see Benson's step-by-step creation of celebrated typographer, Michael Bixler's Alphabet Stone and later see the beautiful stonework in an 18th C New England common burying ground through Benson's eyes. The enduring stone inscriptions on the gravestones are the final marks of these early colonist' biographies and remain a lasting reminder of the perpetuity of the stonecutter's artful work. 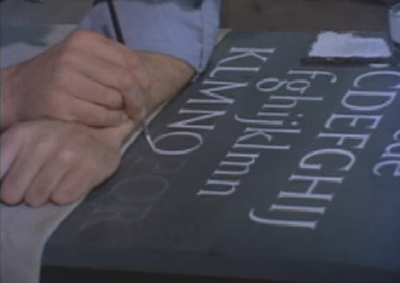 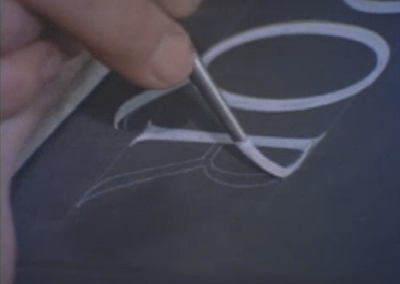 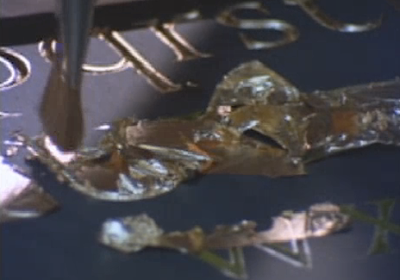 Upon my further research, I learned there were many more layers to this family story. I learned that Nicholas Benson, the son of John 'Fud' Benson, and third-generation stonecutter, carved his own stone lettering niche when he took the reins of the family business in Newport RI in 1993. His father John, had clocked 35 years in the family business and wanted to devote more time to his monument inscription projects such as the Franklin Delano Roosevelt memorial which was under construction in DC at the time.

This story only gets better. This past October, John's son, Nicholas, joined the rarified fellowship of another venerable typographer, Matthew Carter, when he was also awarded a prestigious MacArthur genius grant at the age of 46, for his uncompromising craftsmanship and beauty in form and line. His inscriptions and decorative reliefs can be seen on family memorials and buildings throughout the United States, including the National Gallery of Art, the Yale University Art Gallery, and the National World War II Memorial in Washington. When I began this post, I had no clue about Benson's MacArthur award, but it is a sure reminder to me that both craftmanship and passion for work has it's own rewards. And 2010 will be noted in the annals of typographic record as the year type and letters are celebrated by far more than the men and women of letters who design them. Both Carter and Benson are living proof of this.