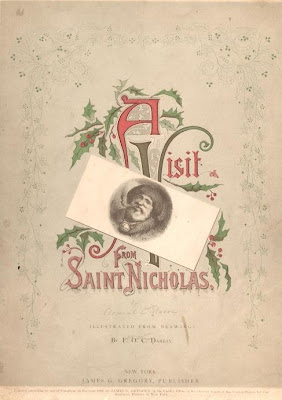 Title page from the original 1862 edition of A Visit From St. Nicholas attributed to Clement Moore after being anonymously posted in the Troy (NY) Sentinel. This later came to be popularly known as The Night Before Christmas. Illustrated by the prolific artist, F.O.C. Darley who also did works for Charles Dickens, Nathaniel Hawthorne, Washington Irving and Henry W. Longfellow. It is quite interesting to see how Darley illustrated the concept of St. Nick's visit by including his calling card which is made to appear as if it is super-imposed on this title page. I imagine this must have been considered very inventive back in 1862. 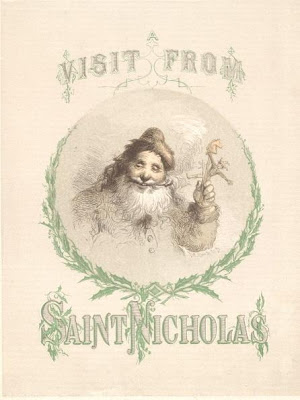 Frontispiece for A Visit From St. Nicholas, illustrated by F.O.C. Darley. 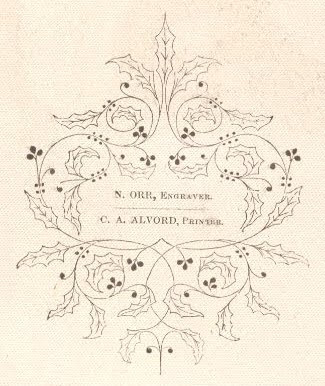 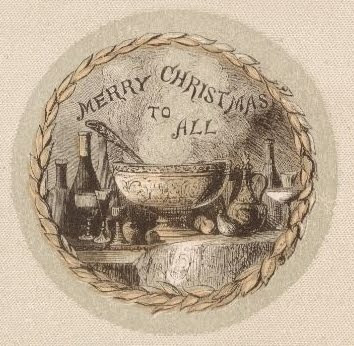 Above: Engraver's mark and vignette at end of story for A Visit From St. Nicholas, illustrated by F.O.C. Darley. 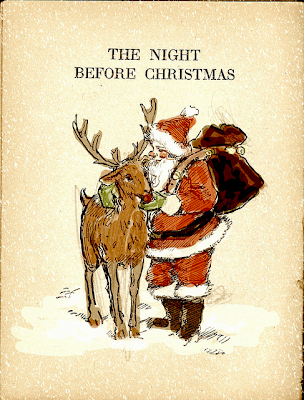 Ok, this is a much later variation of a title page for The Night Before Christmas. It is from The Gingerbread Boy and Other Stories published in 1925. 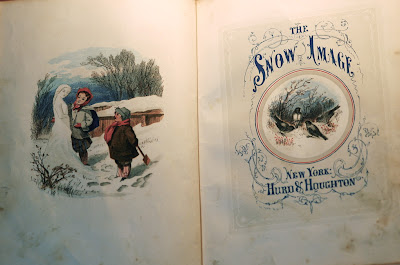 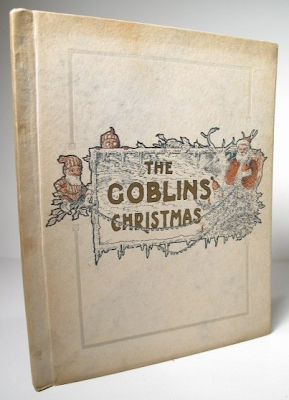 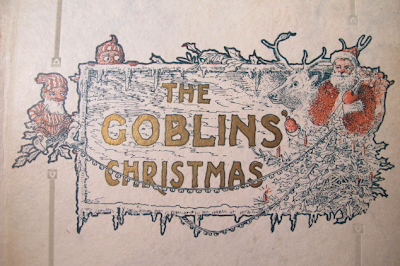 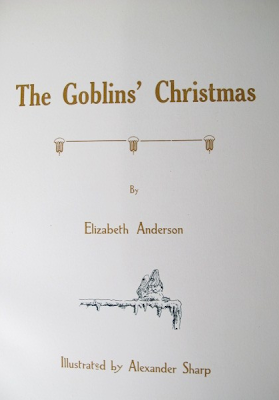 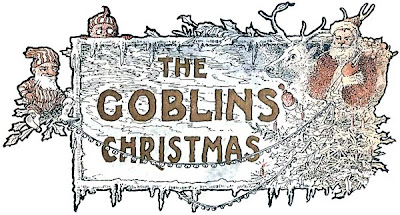 Cover, detail, title page and frontispiece illustration of The Goblin's Christmas, a short story by Elizabeth Anderson & illustrated by Alexander Sharp in 1908. Nice, but Santa could drive his sleigh through that wordspacing on the title page there.
Posted by Jennifer Kennard at 12/22/2010