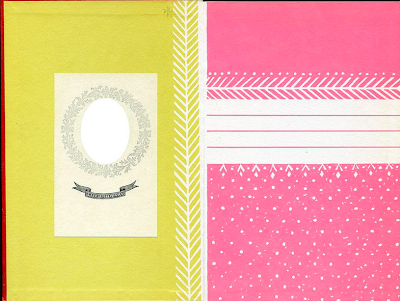 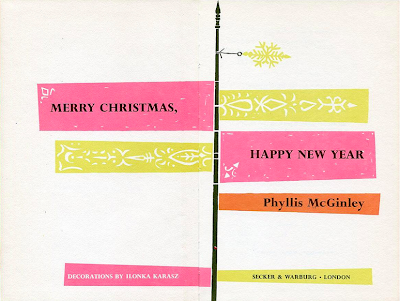 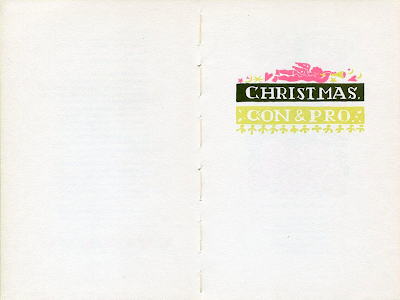 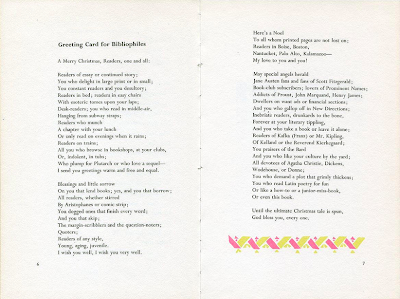 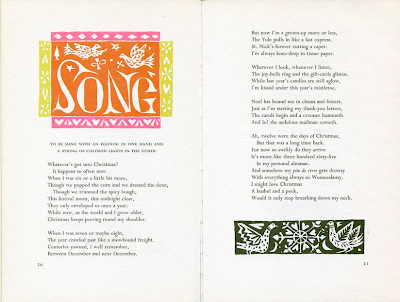 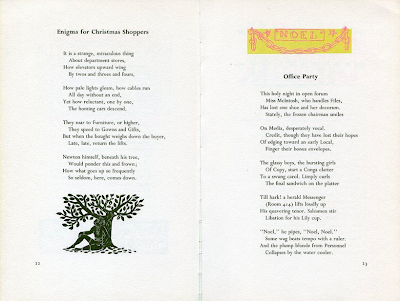 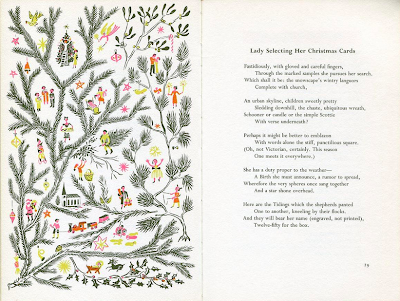 Light holiday verse from American writer Phyllis McGinley (1905-1978) who first published this edition of Merry Chistmas, Happy New Year in 1958. McGinley later won the Pulitzer Prize in 1961 for Times Three: Selected Verse from Three Decades. More than half of the poems in Merry Chistmas, Happy New Year originally appeared in The New Yorker. Perhaps it's time someone reprints her poem, Greeting Card for Bibliophiles.

Illustrator Ilonka Karasz (1896-1981), was one of the most prominent woman modernist designers in the US in the first half of the 20th C. In addition to her many book illustrations and cover designs, she also designed wallpaper, wrapping paper, textiles, furniture, interiors, pottery, metalwork, tiles, and toys among other things. She is best known for her work with The New Yorker, for whom she made 186 magazine covers between the years 1924 to 1973.