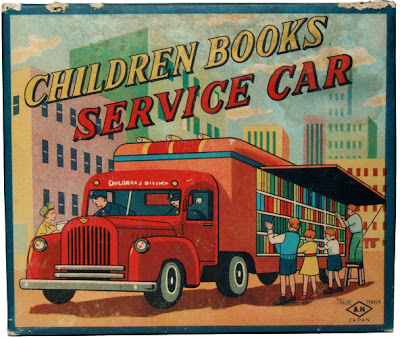 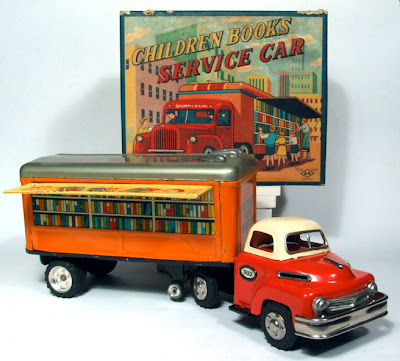 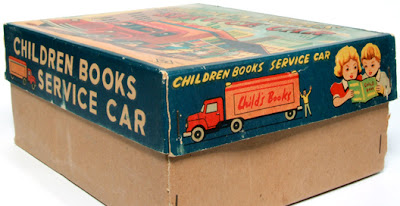 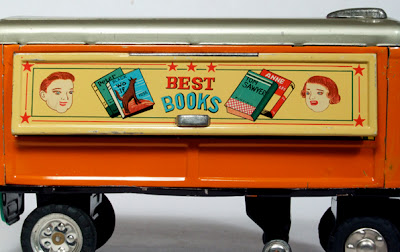 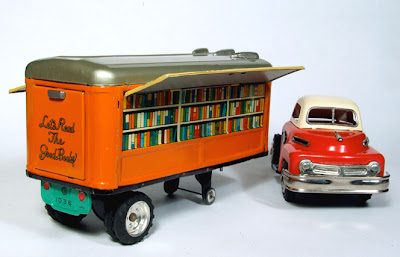 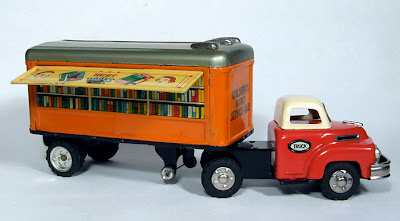 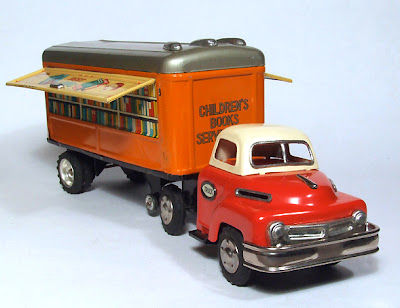 I have to admit, this charming toy bookmobile is way cuter than even the Penguin Bookmobile I posted below. All that it's missing is a license plate that reads ABC. This Children Books Service Car (Yes, children, don't spell like this at home!) was spotted on eBay back in 2008 by Benjamin Clark of the wonderful Exile Bibliophile. He claims this toy library on wheels eventually closed at $710 by the end of the auction. And worth every dime! It was made in Japan, probably for the American market, and the seller pegged it from the 1950s. The condition of the box and the bookmobile is incredible considering its' 60 plus years of age. They just don't make toys like this anymore, with such charm and character and peculiarity. The little girl on the side of the truck looks absolutely terrified of the two books in front of her, Tom Sawyer and Anne (of Green Gables?). She's probably thinking, "See children run. Run children, run. Run away quickly. Here comes Mr. Bookmobile!"
Posted by Jennifer Kennard at 7/10/2011

Email ThisBlogThis!Share to TwitterShare to FacebookShare to Pinterest
Labels: Bookmobiles, Cracks Me Up, Toys