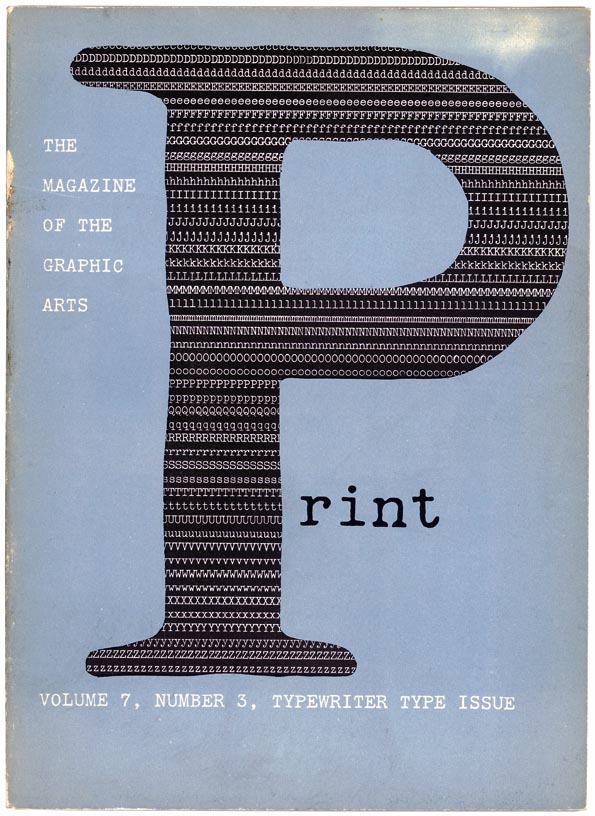 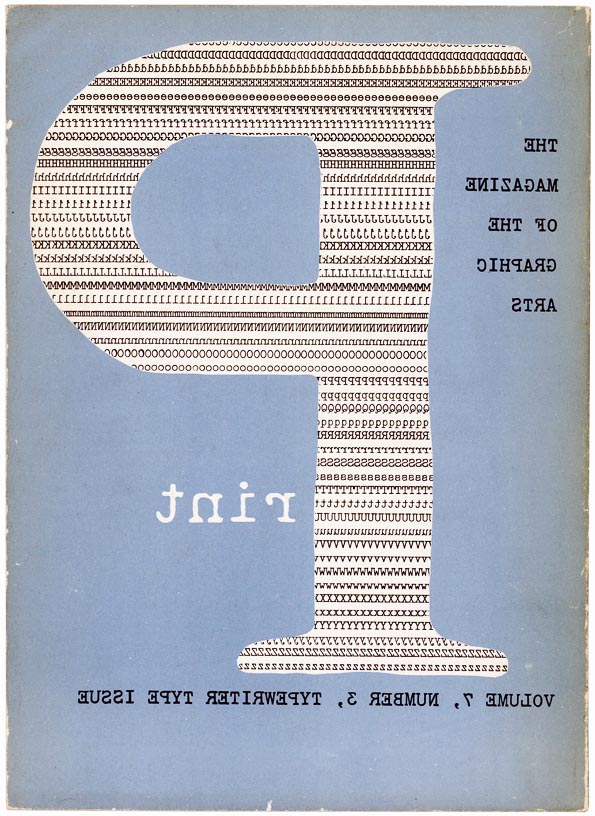 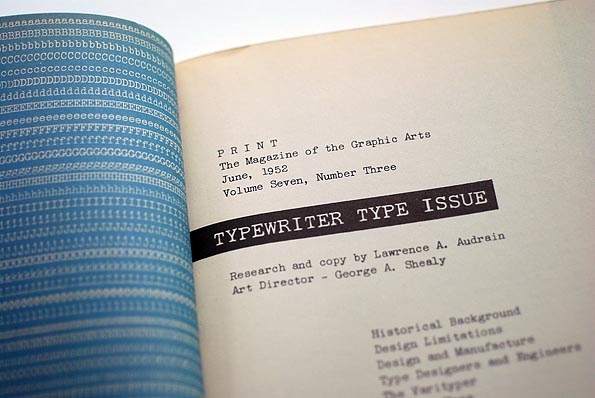 In June 1952, Print magazine devoted an entire issue to the typewriter, "a machine to supersede the pen." The front cover, designed by George A. Shealy, cleverly illustrates the concept of an "imprint" from the artwork on the back cover. The endsheets are a nice pattern of alphabetical U&lc typewriter text. The design and layout of the remaining interior pages are far less interesting, but the content compensates for this shortfall. It begins with a short historical background of the typewriter, including an amusing letter Mark Twain typed for his brother in 1874, about "this new fangled writing machine." Historical sidenote: Twain's letter was typed just prior to his investment in the Paige Compositor, an early keyboard-operated typesetting machine that was soon overshadowed by the Linotype machine. 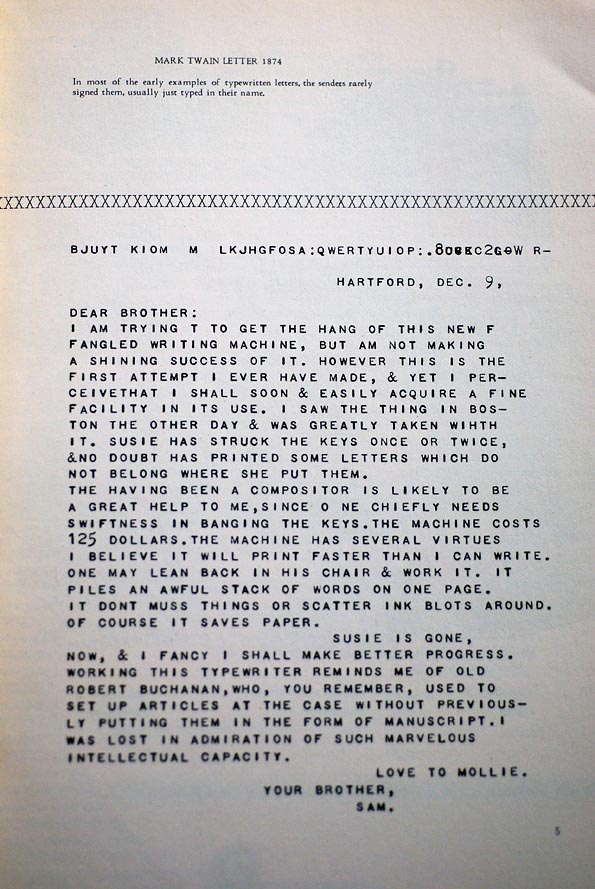 Because of the variable widths of the letters in our Roman alphabet, monospaced typewriter fonts have always had their limitations. I thought it was interesting to learn that the Crandall Typewriter Company was working on a proportionately spaced typewriter as early as 1881, but it was over fifty years later before even a modest success was achieved. In 1941, the legendary type designer W.A. Dwiggins spelled out some of his own challenges in designing new faces for the modern typewriter. He acknowledged the typewriter was for writing letters and not for composing books, and therefore shouldn't parody them. 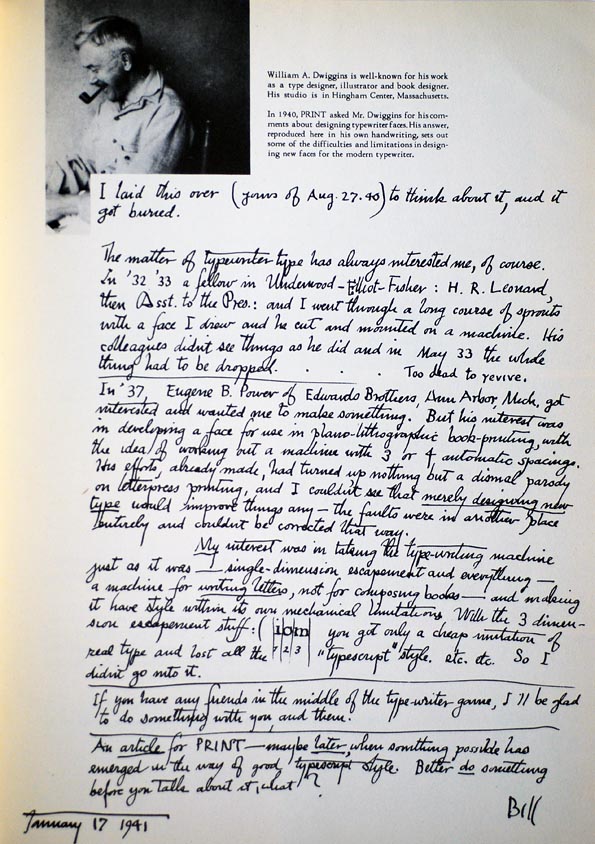 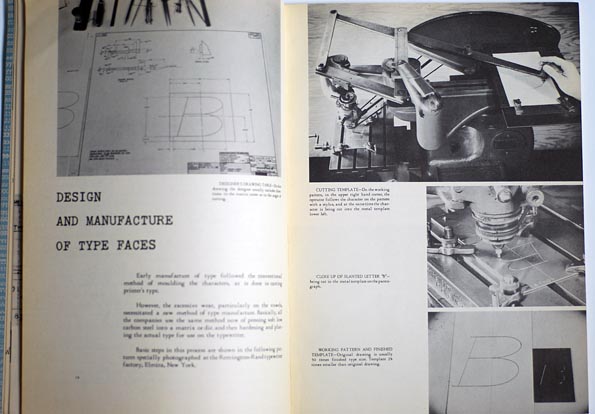 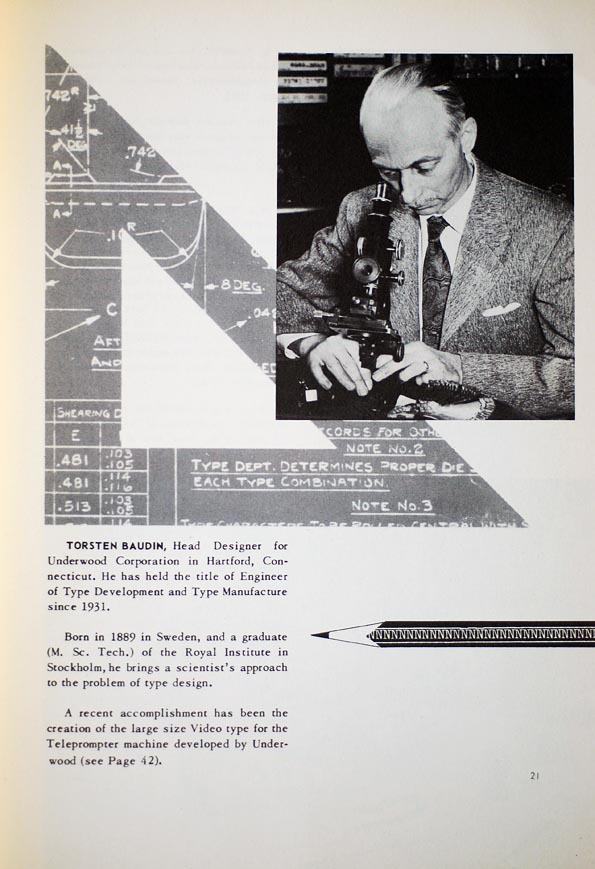 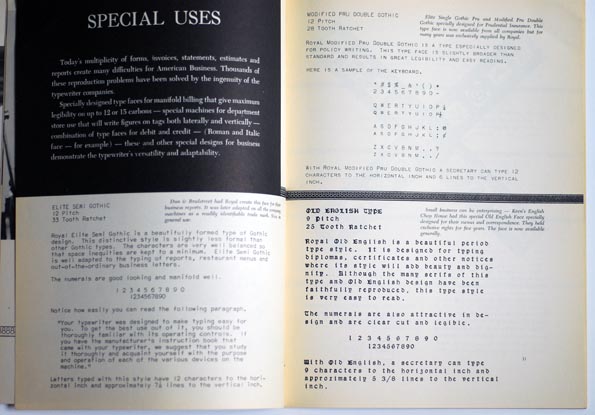 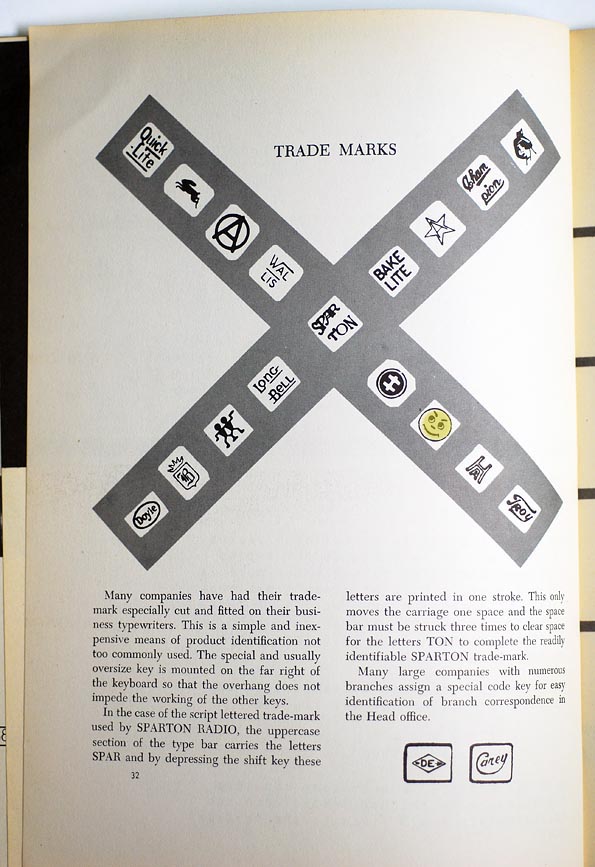 Companies could choose to have their trademark assigned to a customized key on their keyboard. Is that a real trademark, or the first smiley face emoticon above? 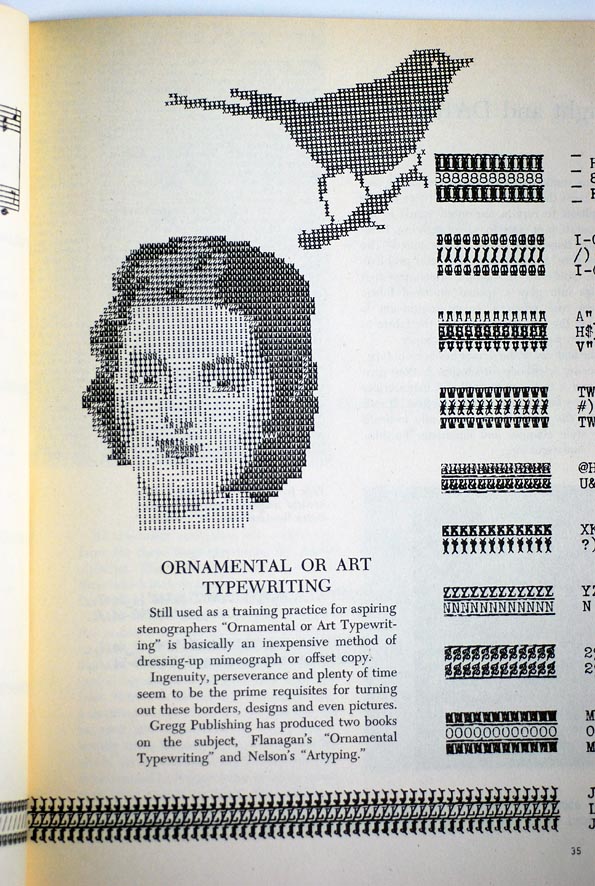 Ornamental typewriting was "used as training practice for aspiring stenographers." Had I known that artistic stenography was part of their job description, I might have considered this vocation. I do especially love the decorative borders created by the overlapping characters. 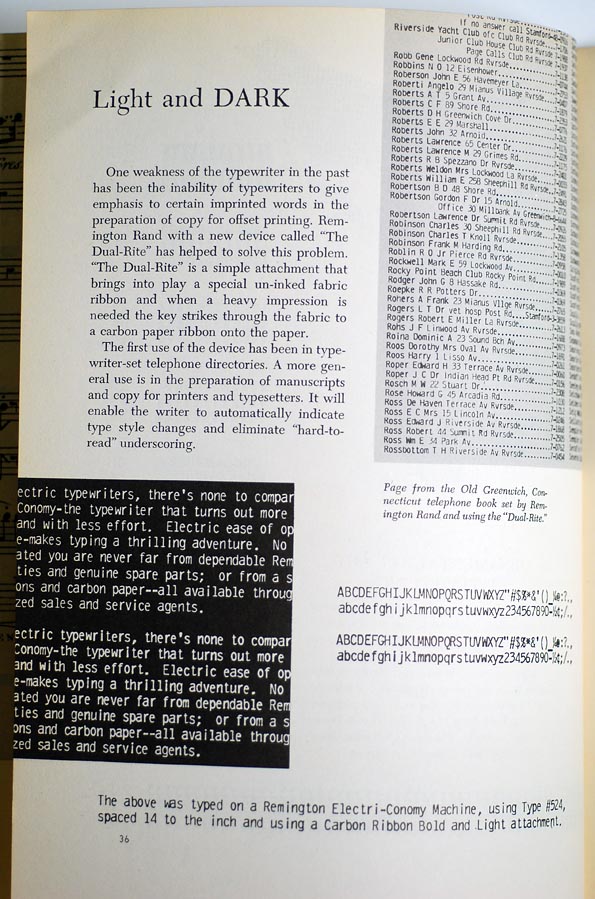 Remington Rand developed The Dual-Rite attachment to apply the first bold-weight strokes to specific typewriter characters, giving seniors everywhere even more an incentive to type everything in boldface ALL CAPS. 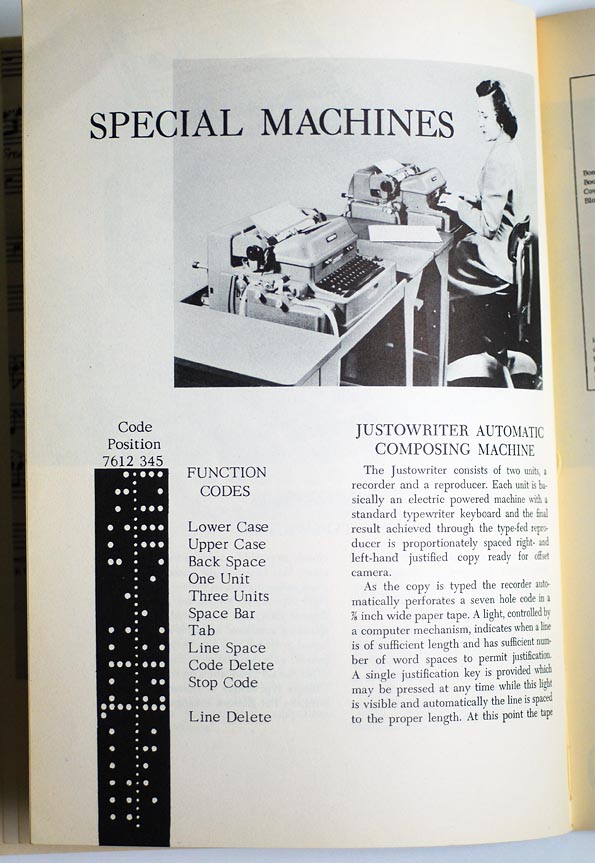 The Justowriter adopted the use of code for aligning text on a page, a complex maneuver at the time. 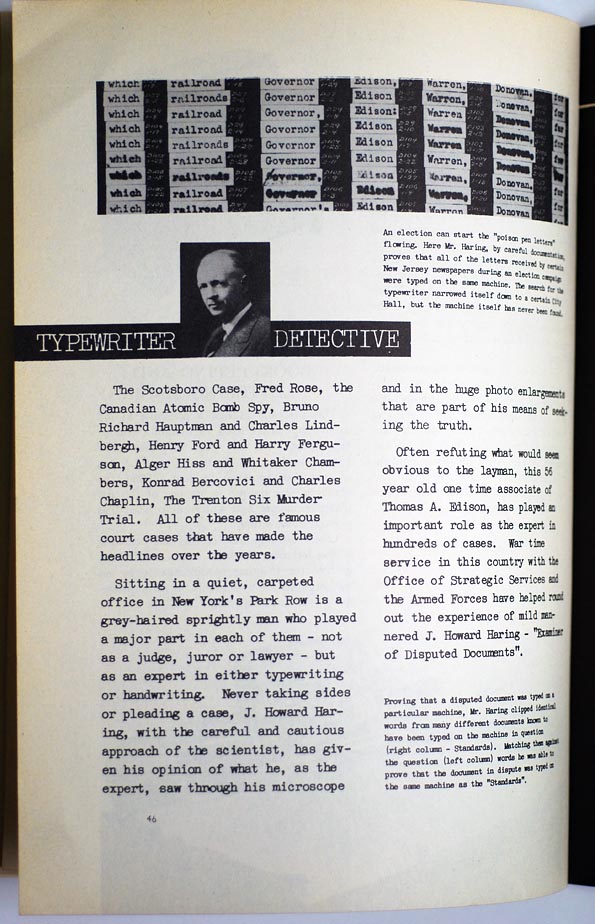 Inspector Remington here had the envious job as a poison pen typewriter sleuth. Below is a vast range of showings of the many faces designed for Remington and IBM typewriters. 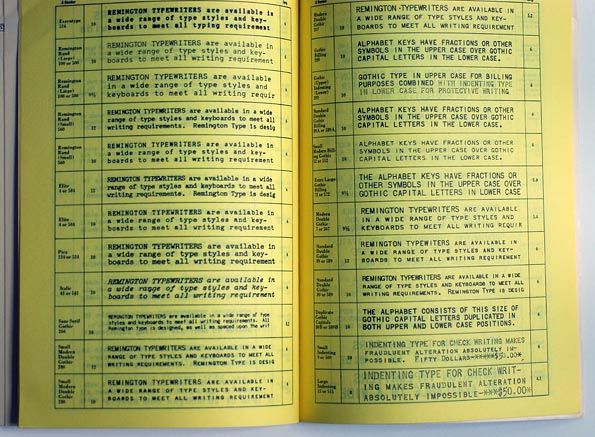 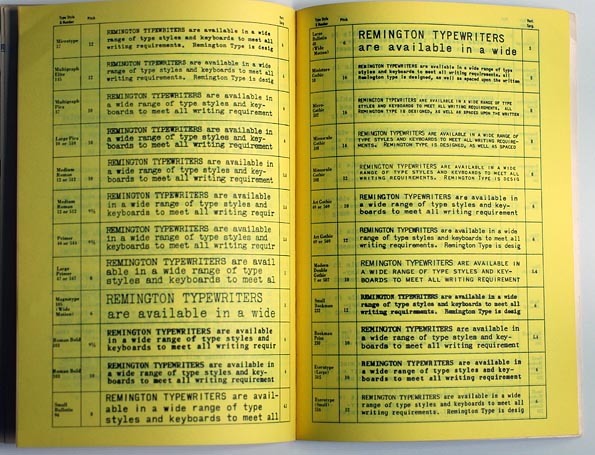 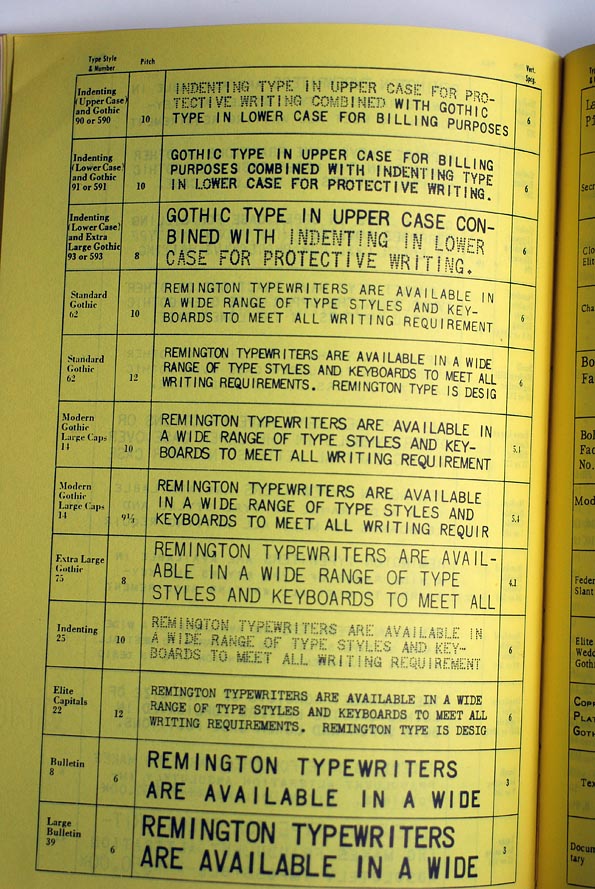 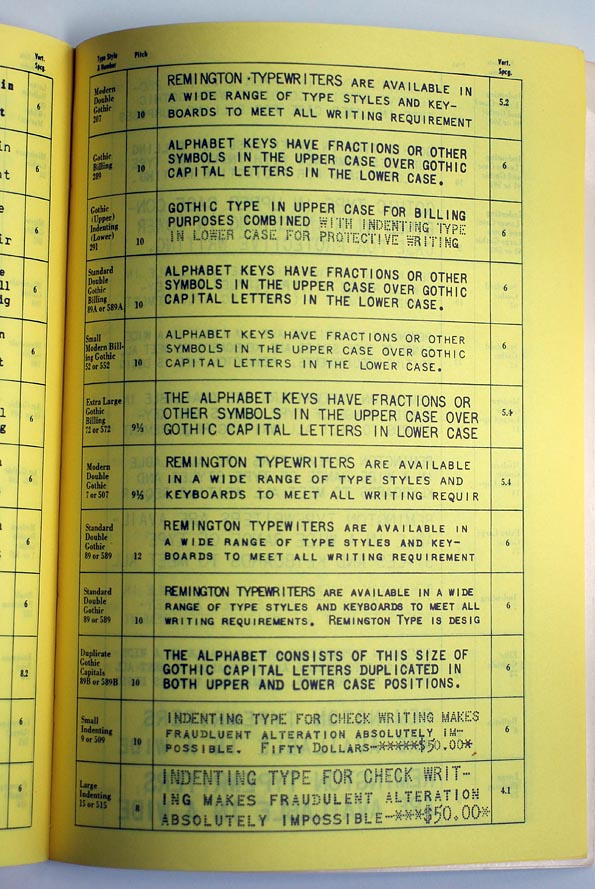 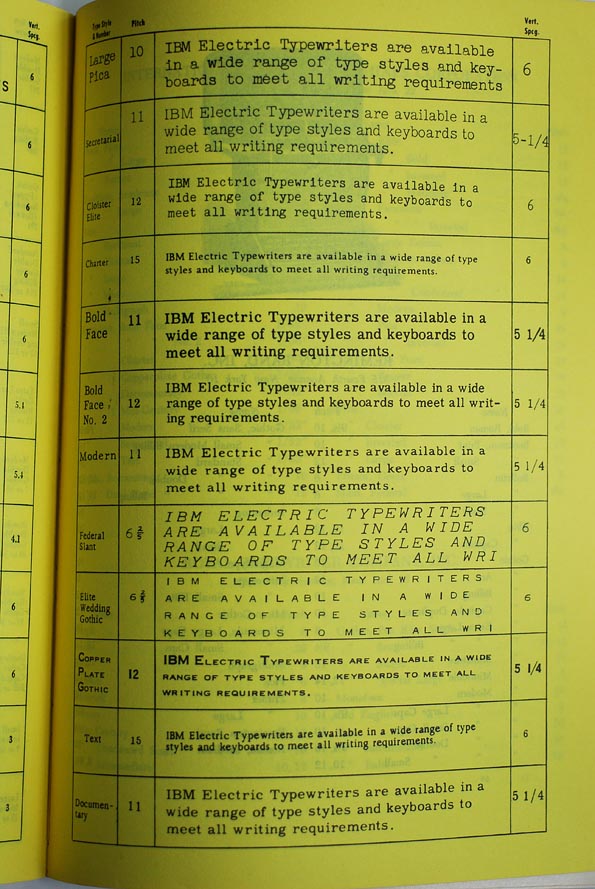