A Portrait of Ripolin With a Fine Brush For many years Ripolin paint, was synonymous with commercial household paints. The industrial paint company was first developed in the Netherlands by chemist Carl Julius Ferdinand Riep, but established their manufacturing in France when they merged with a French maker of artist materials near the turn of the 20th century. Since this time, their trademark of the three French painters painting, has become so well recognized, it is still widely parodied to this day.
Dutch poster source: Live Auctioneer 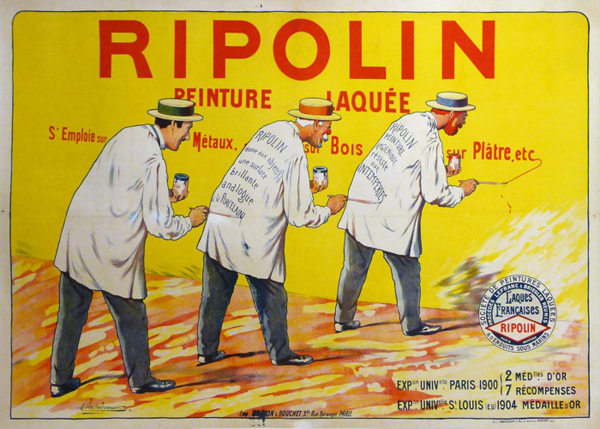 This large French poster is for sale from Master Posters. 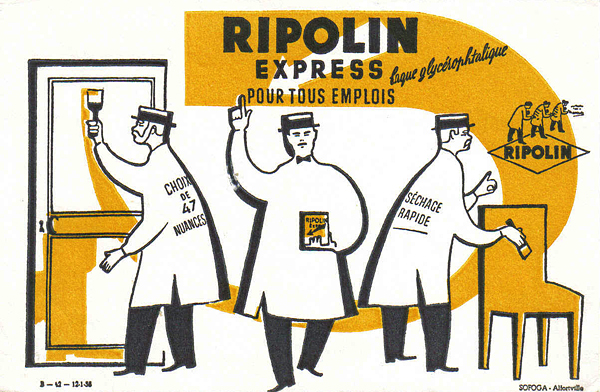 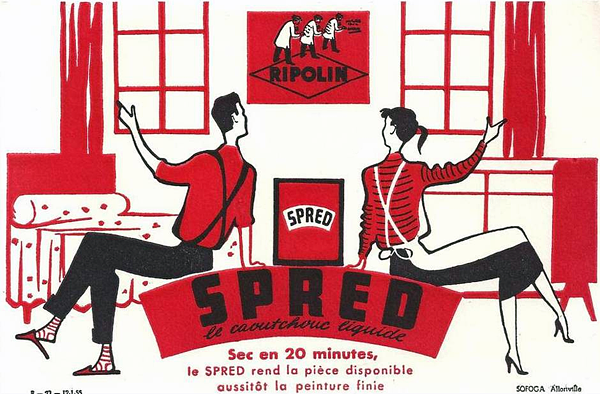 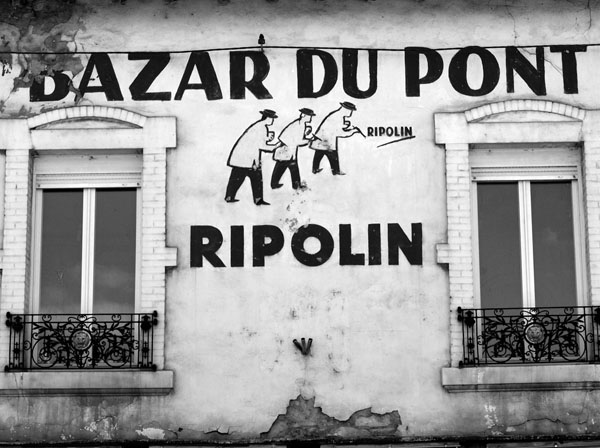 Flickr find from Tom Robertson taken in Pont-Saint-Vincent, Meurthe-et-Moselle. The ghost mural below is from Rennes and spotted on pepsiline's flickrstream. 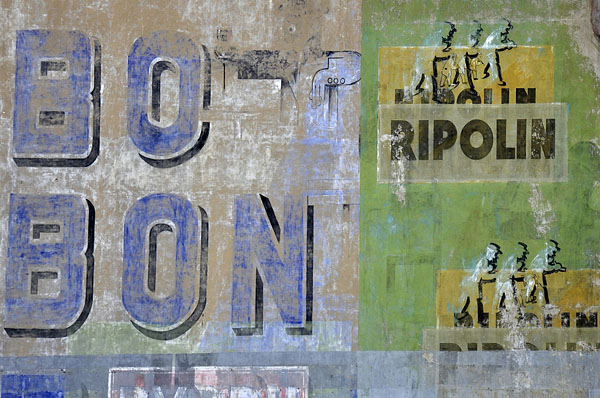 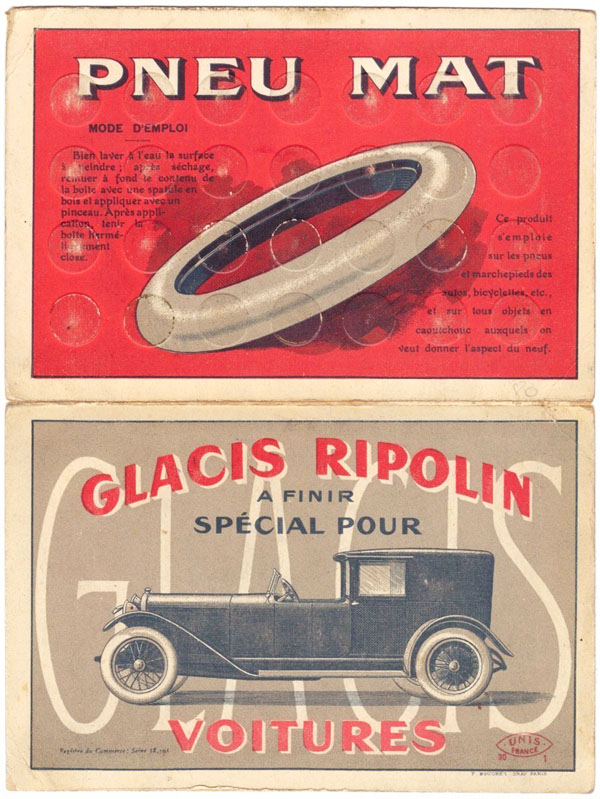 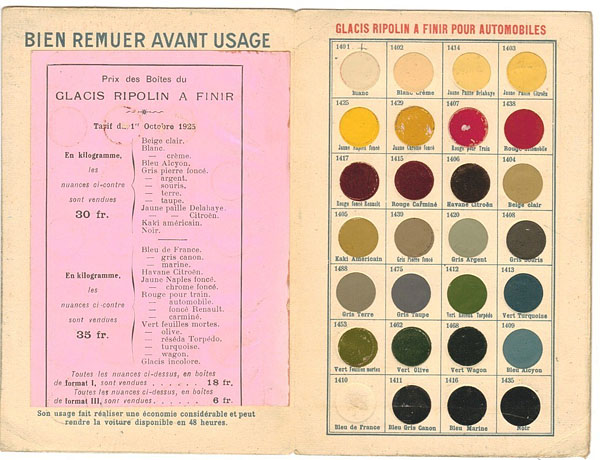 Front and back of a 1925 Ripolin paint sample card for cars found currently on eBay.
The charming photo below of the three sign painters belongs to Jacques Zanghi and was taken in Paris in 1935 of his grandfather and his two uncles. Source: Linter@ute 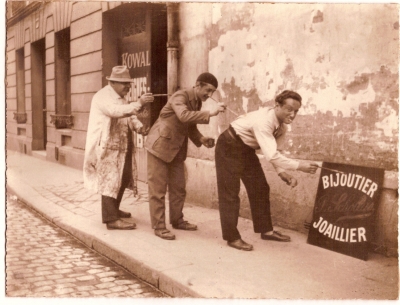 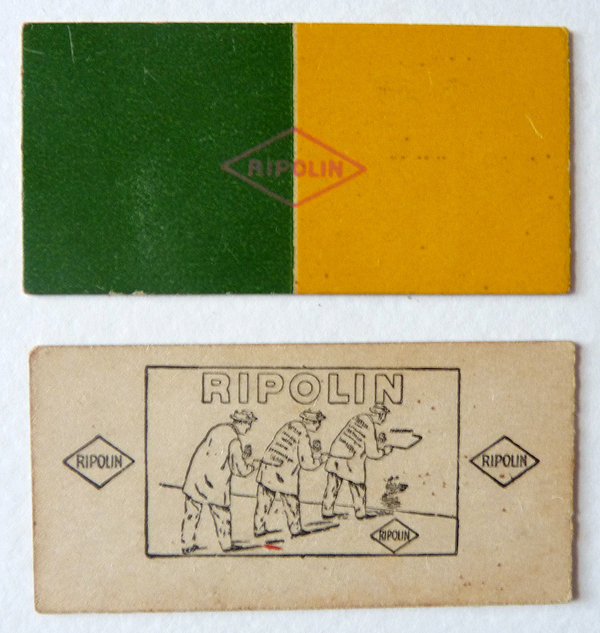 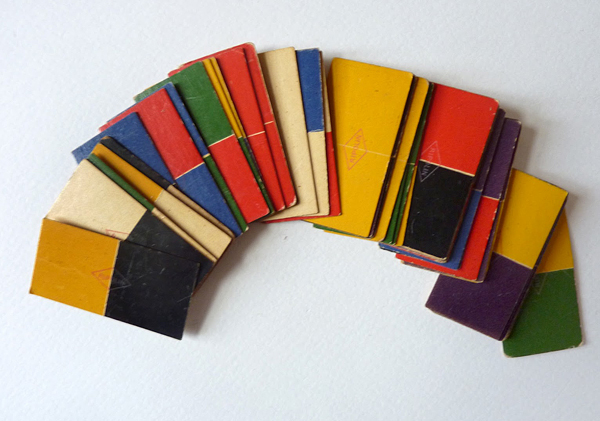 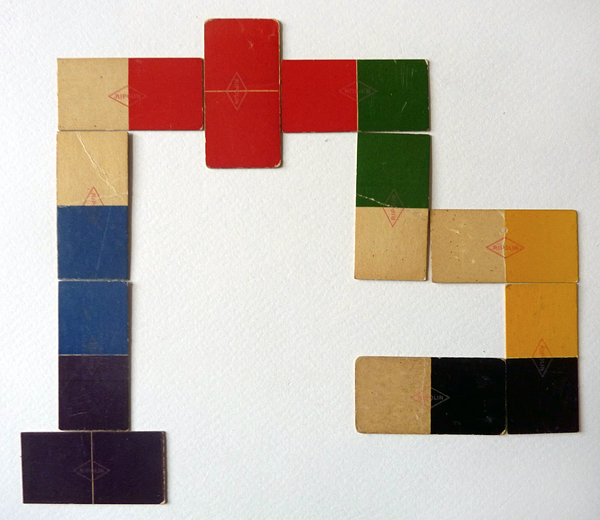 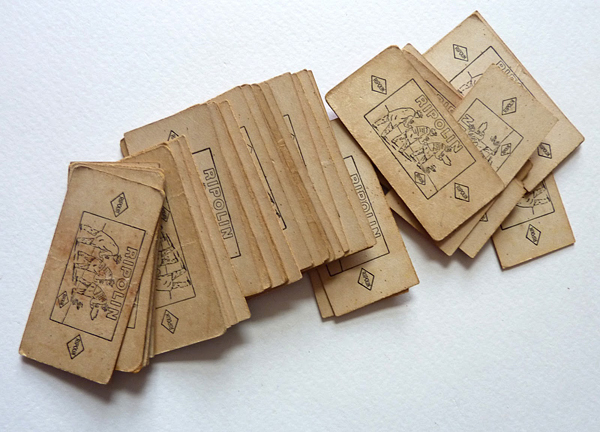 A fine set of Ripoline paint set cards which doubled as a game of dominos. As seen at Ellen Turning Pages. 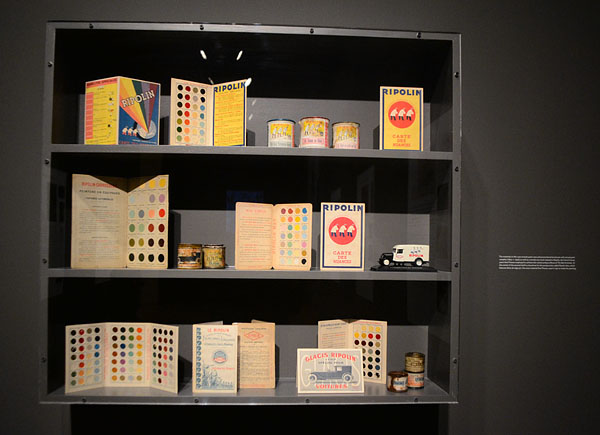 Ripolin was so successful during the first half of the 20th century, that many fine artists took to using it for their paintings. Was this because the three Ripolin Men were always painting with a fine brush? It seems their message could have easily been interpreted as being a paint for fine artists or sign painters, or they would be painting with a broad brush. Perhaps the more logical conclusion would suggest that the drying time of the paint might have been the motivation. An industrial paint will dry in a matter of hours, as opposed to the several months it can often take standard oil paints to dry, and this was often a big concern for artists preparing work for exhibition.
The image of the Ripolin paint samples and promotions seen above is from a recent exhibition held at the Chicago Art Institute. The image was spotted on Emily Barney's Flickrstream. The text accompanying it reads:

The materials in this case include paint cans and promotional brochures with actual paint samples (1895-1946) as well as a novelty toy truck related to Ripolin, the French house paint that Picasso employed to achieve the varied surface effects of The Red Armchair. At the center of the second shelf is a brochure for the product called Ripolin Mat, which features blanc de neige 501, the exact material that Picasso used in 1931 to make the painting.
The "Ripolin Project" spearheaded by a group of museum scientists at the Art Institute of Chicago has been specifically investigating some of Picassos' works, as they suspect he may have used Ripolin industrial enamel paints prior to 1950. Miro, Kandinsky, Le Corbusier and others are also reported to have used Ripolin paints. Researchers at the Art Institute turned to eBay to find some old cans of the paint in order to test and create samples for their paint databases. They would like to learn the long-term behavior of the materials so they can establish an analytical protocol for future conservation concerns. Just something to think about if you intend to purchase a Picasso someday.
Posted by Jennifer Kennard at 8/23/2013