A ghost sighting of a rare 1889 two-color handbill advertising Professor Pepper's popular Phantasmagoria at the Royal Polytechnic, featuring some frightfully spirited letterforms. Pictorial spooks and skeletons in costume, menacingly spell out ghost in all caps to announce a new revival of Pepper's popular performance.
Pepper's ghost, as the illusion came to be called, was popularized by John Henry Pepper (1821-1900), a London scientist and showman. His ghost conjuring illusion was part science; part theater, and used rear projection in a darkened room, hidden from the audience view, to call forth ghostly apparitions on a glass plate. When the lantern's light was cast on an actor in the hidden room, it reflected their image as a translucent figure on the plate of glass. Below are two woodcut images from the collection of Richard Balzer, which help to illustrate the illusion. 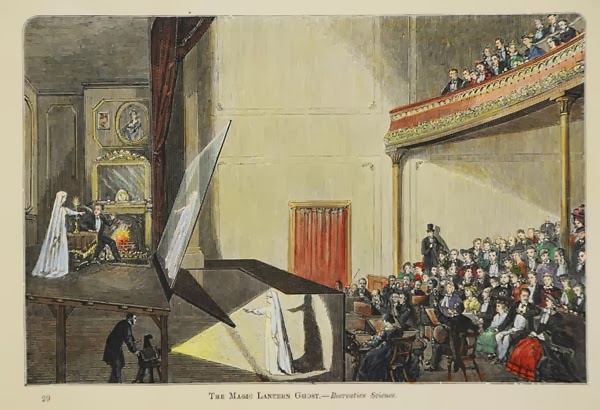 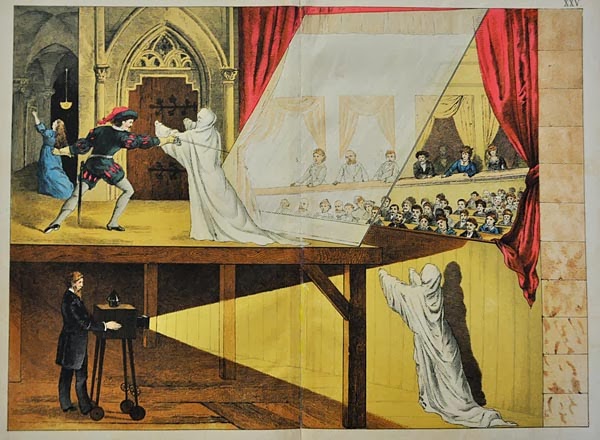 Victorian audiences never tired of their fascination with the afterworld. Fairground showmen from traveling sideshows continued to flourish in England throughout the late 19th century. These showmen were quick to pick up on Pepper's popular ghost illusion and attracted audiences by creating colorful hand lettered banners and ornately carved and painted entrances to their sideshows. The first image below is of the Biddall's Ghost illusion exhibit from 1880. The other is of the interior of the Clark's Ghost Show exhibit from 1890. 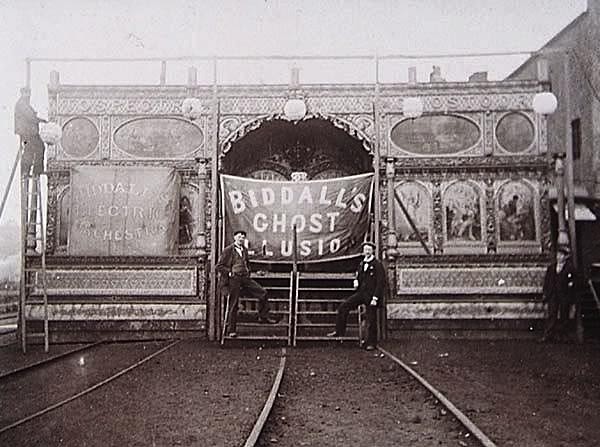