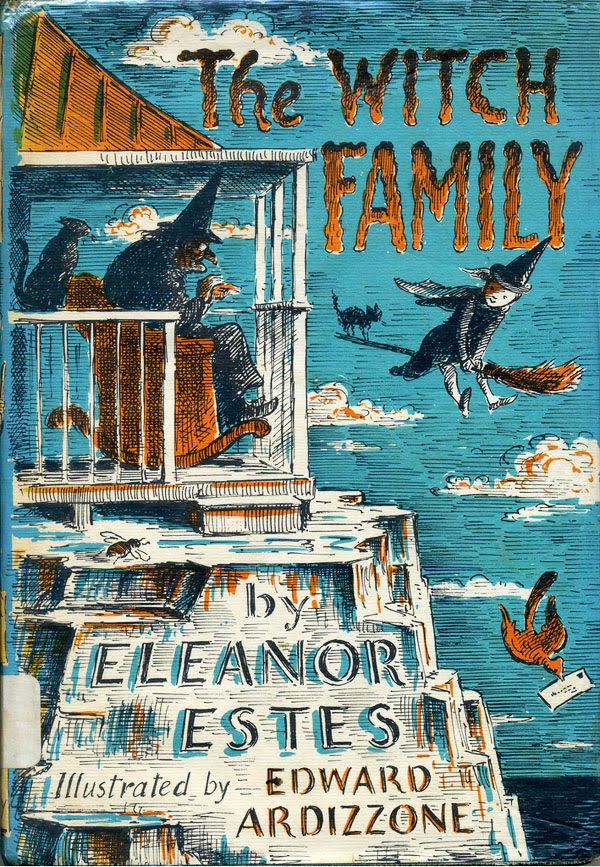 With Halloween in the air, I'm revisiting some of my favorite crafts of the witch. From the wonderful British artist and book illustrator, Edward Ardizzone (1900-1979) comes this 1960 children's book, The Witch Family written by Eleanor Estes.
Source: Froggyboggler's Flickr 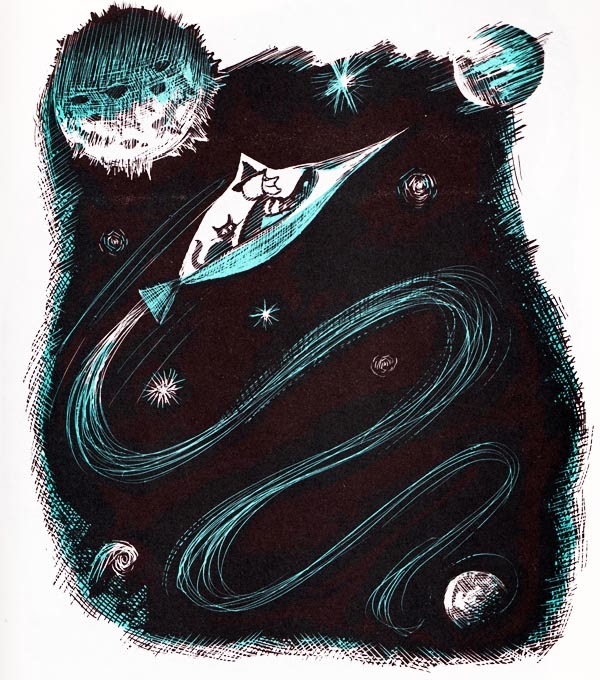 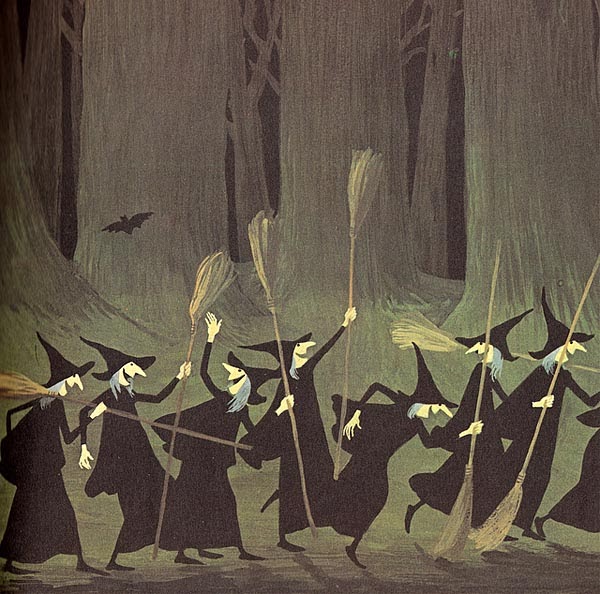 From the 1971 book, The Woggle of Witches written and illustrated by Adrienne Adams (1906-2002), a former two-time Caldecott winner. See more here. 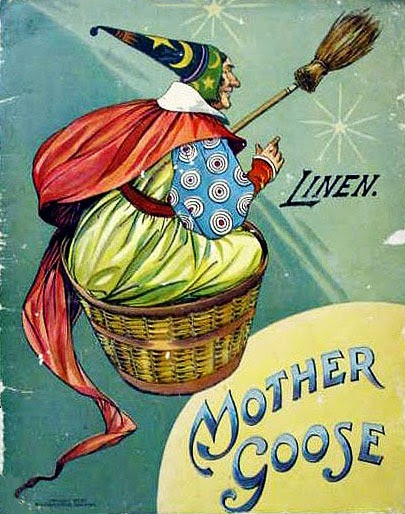 Yes kids, Mother Goose was once a benevolent witch in orbit. Printed by McLoughlin Brothers of New York. Source: Lotusgreenfoto via Flickr 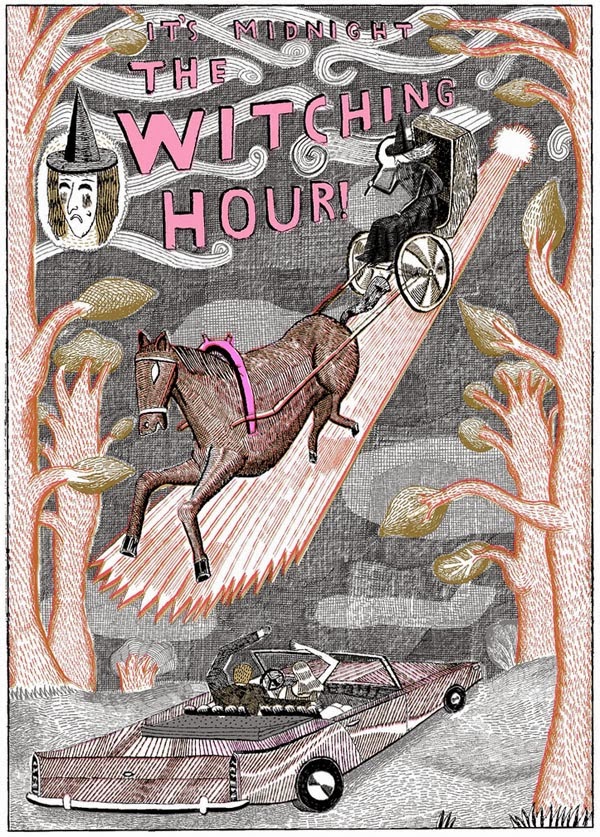 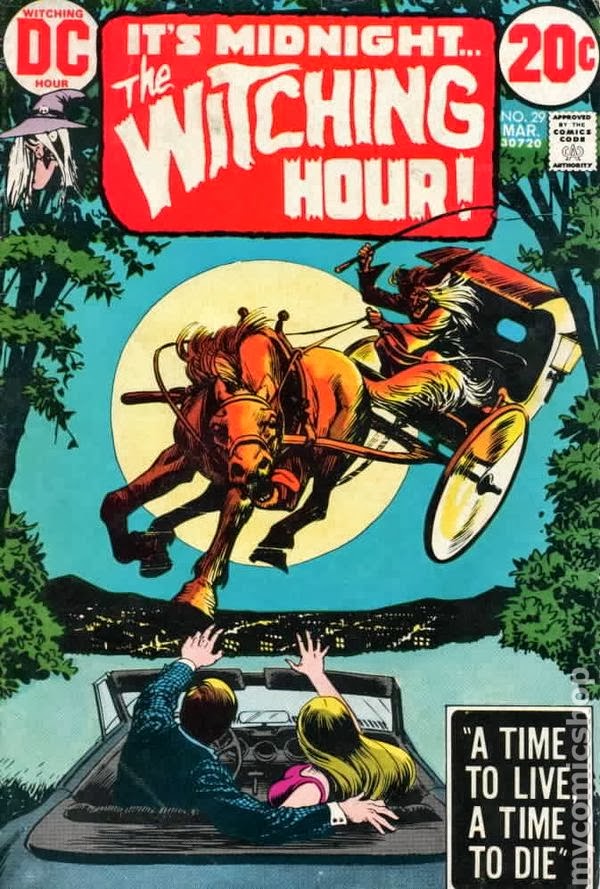 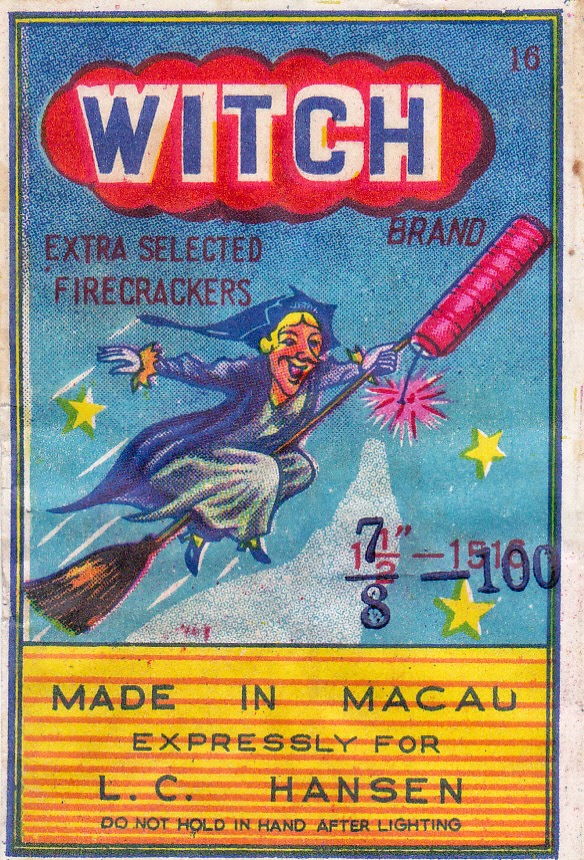 Witches in flight have long been a brand for many products, but this is a particularly nice package design for a fireworks label—with very bewitching typography.
Source: Flickr 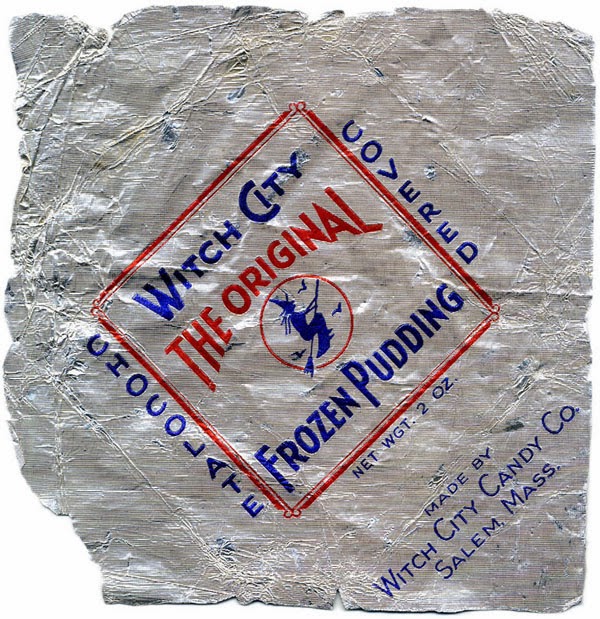 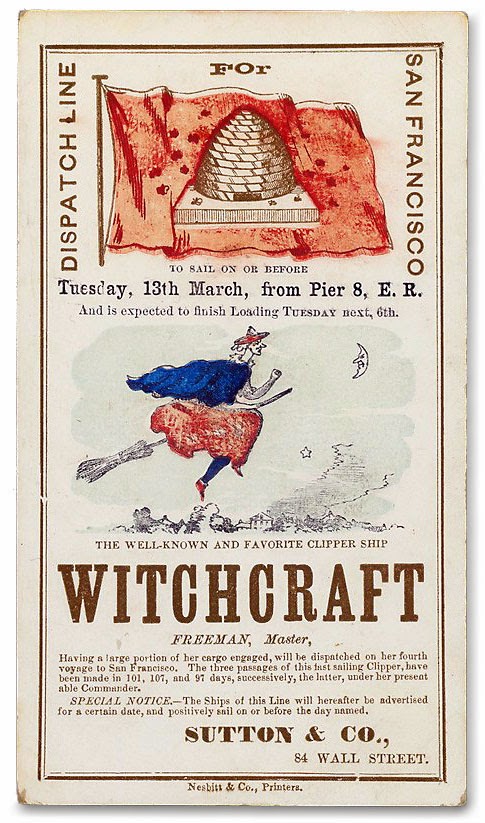 An 1860 clipper ship card for Witchcraft, a ship leaving New York for San Francisco. Clipper ship cards were as much a notice of sailing departures as they were a means of advertising. Nesbitt & Co. Printers of New York was a primary source for many of these cards at this time. Most of the cards had no illustration, leaving the lettering to be the main attraction. The heyday for these cards began around the 1860s, but the trade was disrupted once the Civil War began.
Source: Harvard Library 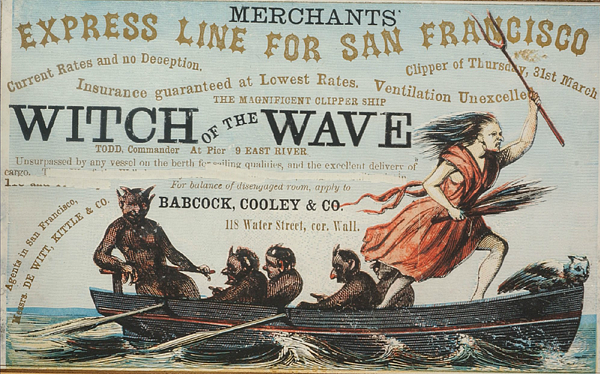 Another beautiful wood engraved clipper ship card for the boat, Witch of the Wave. This one is printed with four colors and some very wavy type. They had me at "Unsurpassed by any vessel on the berth", but what could appear to be more seaworthy than a ship of demon devils commanded by a wicked witch?
Source: Hyland Granby Antiques 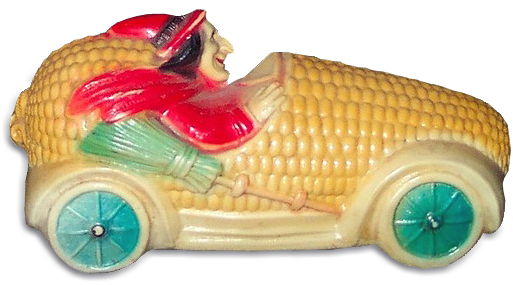 A celluloid corncob witch racer because a broom is apparently not fast enough.
Source: Dave's Flickr 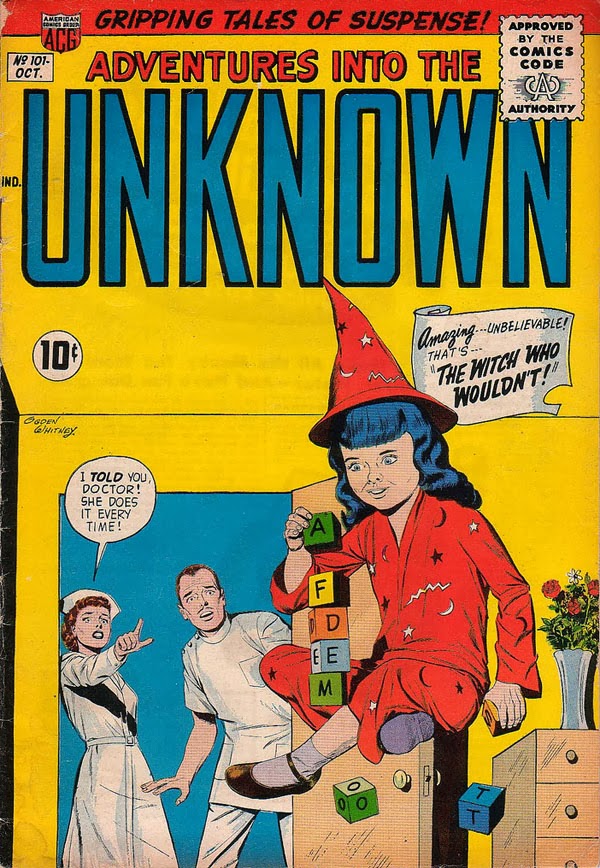 And from the Type Mysteries Department comes this October, 1958, Adventures into the Unknown comic cover about levitating type and the Amazing...Witch Who Wouldn't!
Source: Another gem from Froggyboggler's Flickrstream 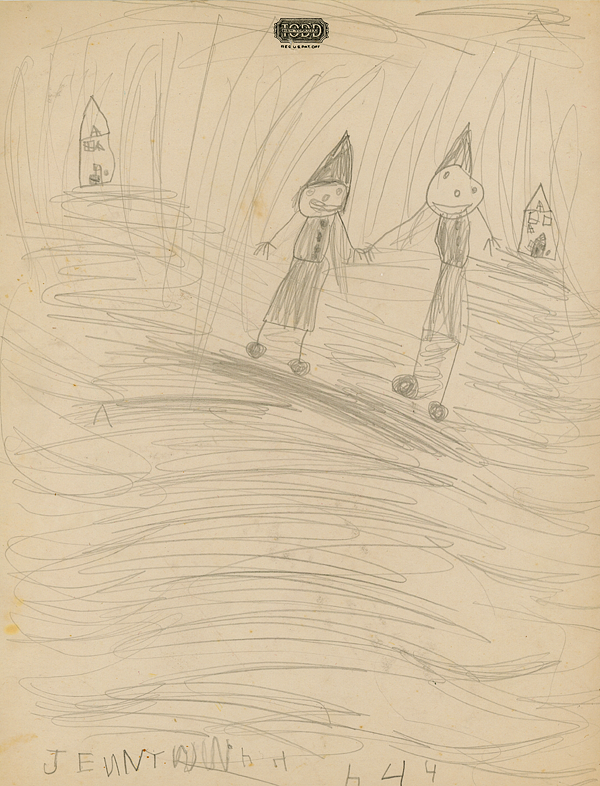 Ha! I found this oldie in my attic this morning as I was looking for something else. It's one of my early abstracts illustrated at age 4. It's titled, Some of My Best Friends are Witches.
Posted by Jennifer Kennard at 10/20/2013