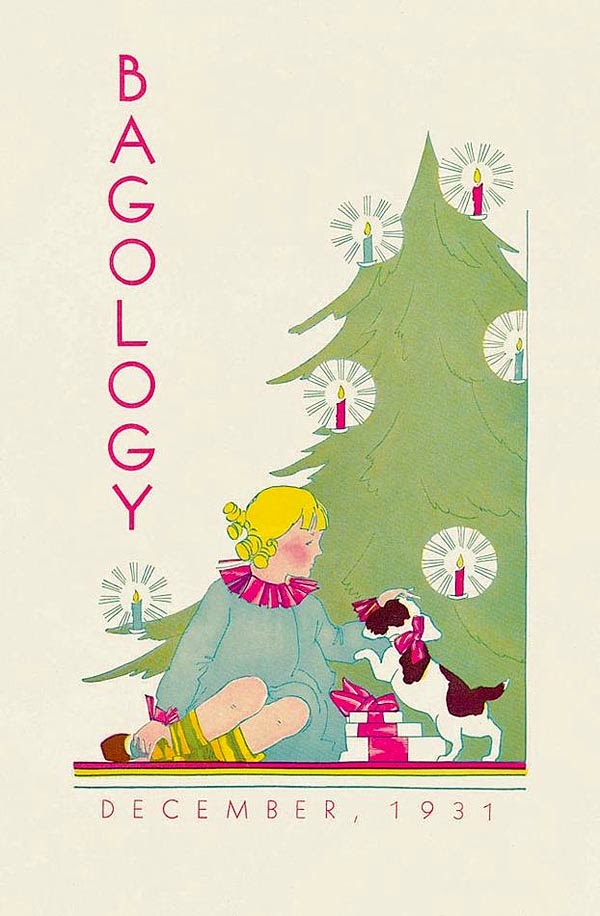 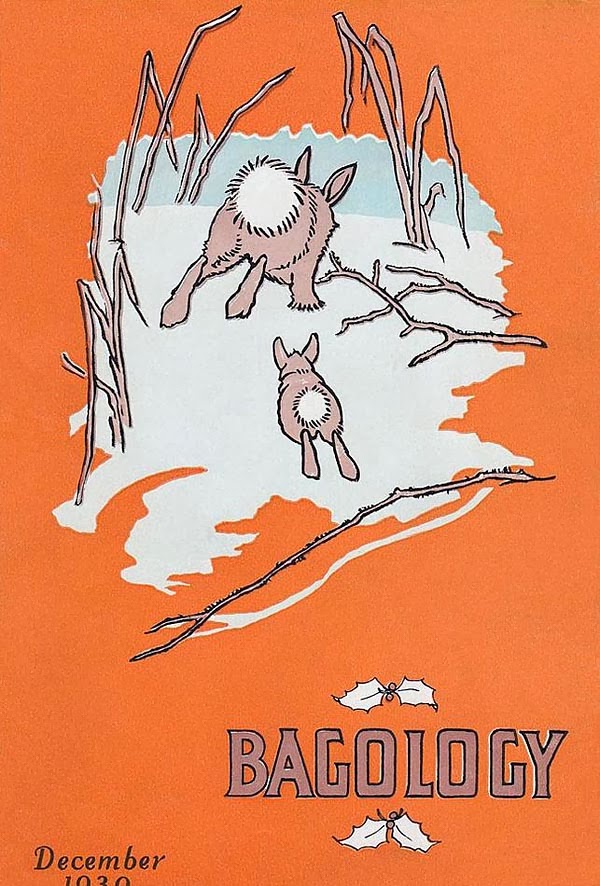 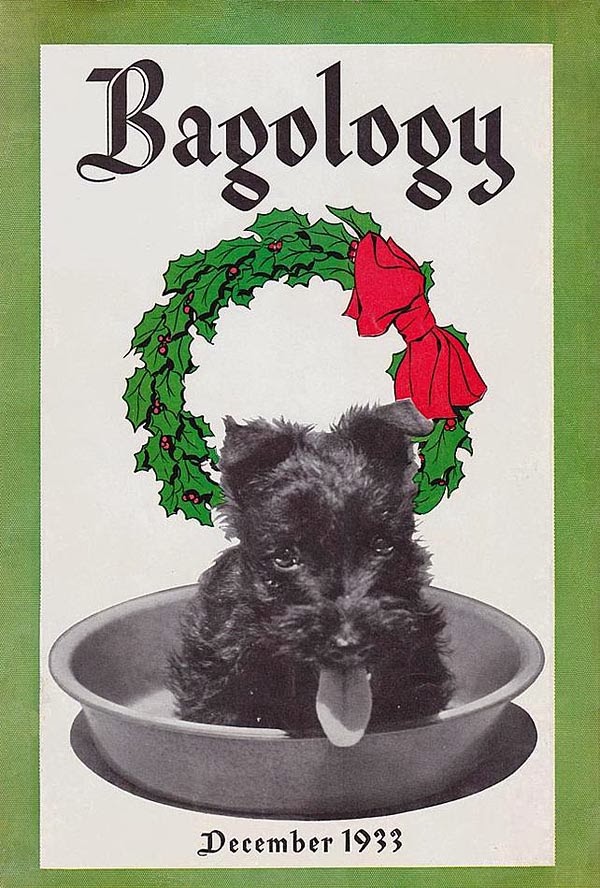 The scientific study of bags and the people who use them; or who are generally left holding them—has a long history—just like the study of letters and the people who frequently use them. Bagology, the first advertising journal for the bag industry, began publishing in 1901 in order to promote the sales of paper, burlap and cotton bags for the Cleveland Akron Bag Company in Ohio. After the many mergers of mills and bag companies which took place after the early part of the 20th century, The Chase Bag Company, soon took over publication of Bagology. It continued marketing the advertising journal to clients well into the late 1940s. The three holiday-themed issues seen here are from the Magazine Art archives. 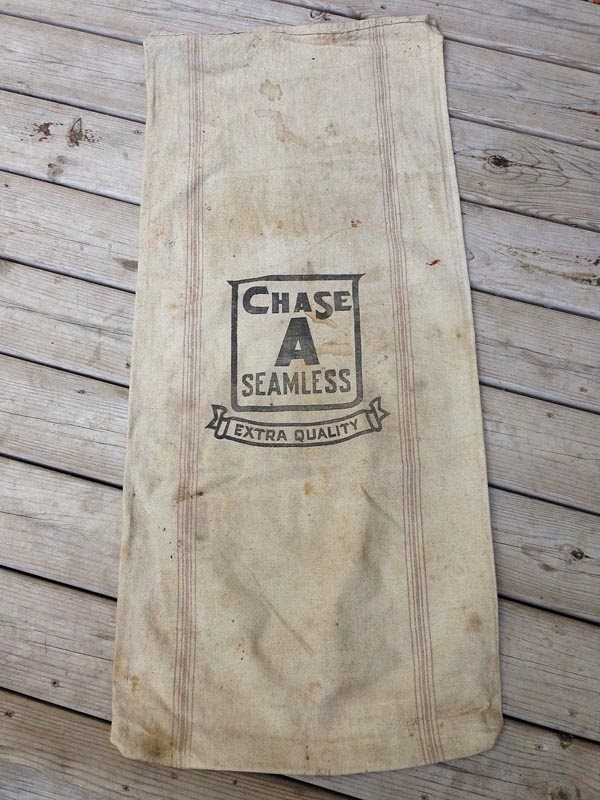 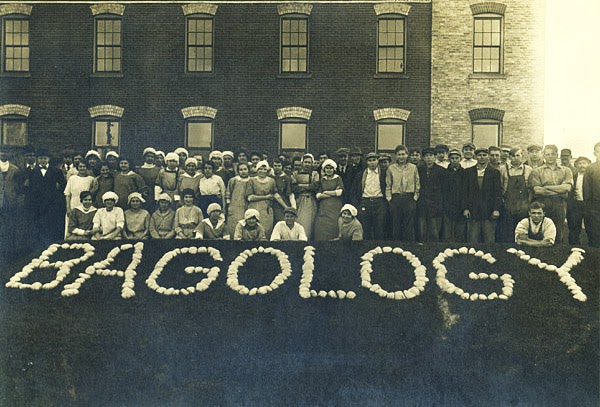 The Bagology work crew circa 1920s practicing a little letterology on break time. They evidently had little time to care for proper kerning.
Source: Garrett Scott, Bookseller
Posted by Jennifer Kennard at 12/09/2013