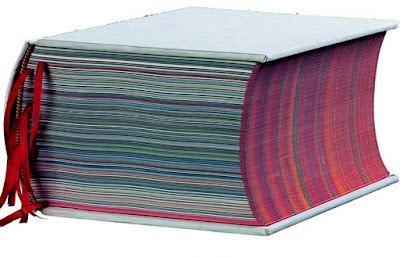 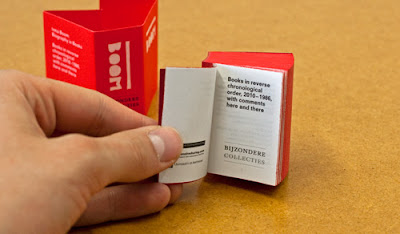 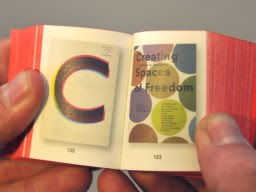 Innovation in book design has much to owe to Dutch designers, and one of the most celebrated is Irma Boom who has gained international fame for her material inventiveness. Since opening Irma Boom Office in Amsterdam in 1991, she has designed hundreds of books. Boom likes to think of herself not only as a designer who experiments with bindings, structures, paper, typography and materials—but she also takes on the role of editor and archivist as well. Her books are conceptual, very tactile and often image-driven, but not without thoughtful content. She pushes the boundaries of what she often calls democratic industrial-designed books. One of her most ambitious projects to date, The Think Book, commissioned by SHV Holdings in Utrecht in 1996, was published in English and Chinese. It took nearly five years to complete and contained 2,136 pages, but was devoid of page numbers or index in the end. In 2001 she was the youngest recipient to be awarded the prestigious Gutenberg Prize for her body of work. She was also honored at the Leipzig Book Fair for her design of Weaving As Metaphor, a book about textile artist, Sheila Hicks. It was then designated as "the most beautiful book in the world". In 2007 The Museum of Modern Art acquired a substantial portion of her books for their permanent collection. This past Spring, The Special Collections of the University of Amsterdam Library honored Irma Boom with a major retrospective exhibition of her work. To accompany this exhibition she produced a catalog; a miniature book entitled Boom, containing a complete archive of her work with more than 450 color illustrations and commentary. It contained 704 pages with printed edges and measured 2" high and 1" thick. The first edition sold out immediately, but it is currently being reprinted so look for it here soon. For an extended review of Irma Boom's work and career, check out her visiting lecture taped at the Walker Art Center in Minneapolis in 2010.


Irma Boom on 'The Most Beautiful Book in the World' from D&AD on Vimeo.