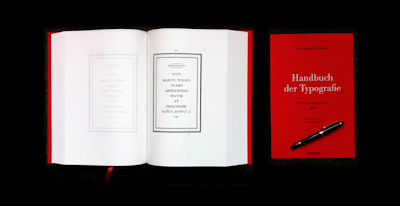 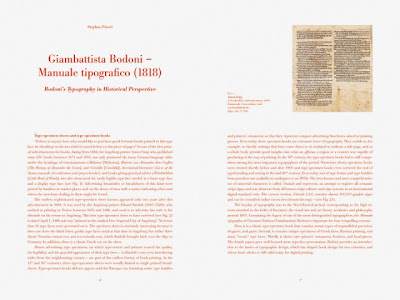 Taschen has just republished Giambattista Bodoni's Il Manuale Tipografico (The Manual of Typography) just 192 years after it was originally published in an edition of 250 by his widow Margherita in 1818. It is still considered one of the greatest works ever produced about the art of printing from metal types. Author Stephen Füssel, the director of the Institute of the History of the Book at the Johannes Gutenberg University of Mainz, provides extensive historic documentation and commentary about the making of this original manual. Taschen's new release is a fine achievement and a blessing for those of us who cannot afford, much less find a copy of the real thing. It is a deal at Taschen for $70 and a bargain at Amazon for $47. I am delighted Taschen chose to republish this entire text, but whose "bright" idea was it to print the text in red in volume one? Bodoni would probably choke on his pastrami panini if he were still alive.

At the same time, Octavo, whose mission is to use the best advanced technology to preserve rare books and manuscripts for the inspiration of present and future generations, has a version of Il Manuale Tipografico available in full color, uncropped spreads as PDF in a 2 CD set for $50. There is a cross-linked English translation of Bodoni's preface and his widow's foreword. Every page has been digitally reproduced from high-rez scans and they can be magnified up to 400%. It also contains print and thumbnail files for printing.

So you decide...or maybe you'll just have to put both of these editions on your holiday wish list. Or go find a library who might own the first edition and ask to give a look at the real thing. 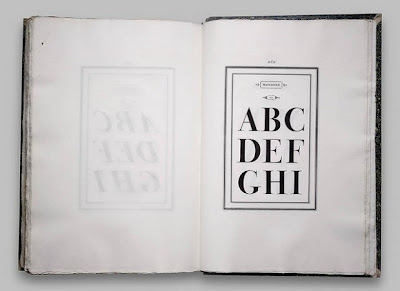