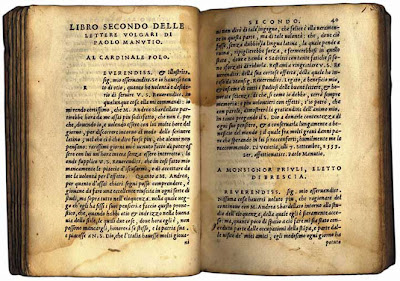 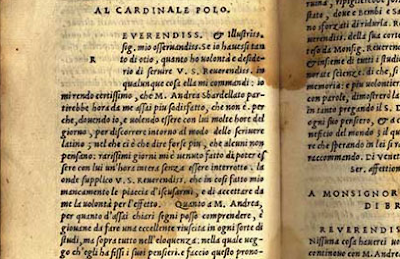 Doh! Update alert!
Being a Renaissance guy, I couldn't believe Aldus could just overlook adding initial caps in Virgil. It then dawned on me that of course he printed a placeholder cap—For Placement Only—and had it in mind to add the beautiful hand-painted ornamental drop caps post printing. I did further investigations and found a few images of the book in the archives of the British Library and there is even an illuminated border. The physical description of this book actually reads: 8vo, 228 leaves, on vellum. With illuminated initials and illuminated border to the first page of text. (Meaning just the front matter?) No credit to the artist who created all of the page illuminations however. Typical! 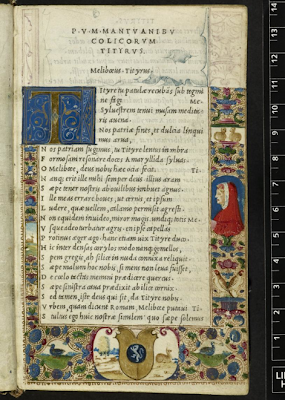 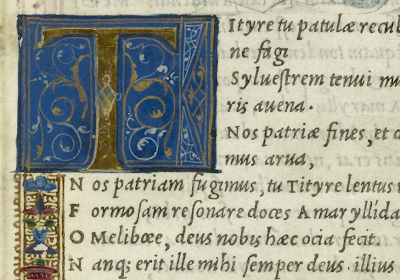