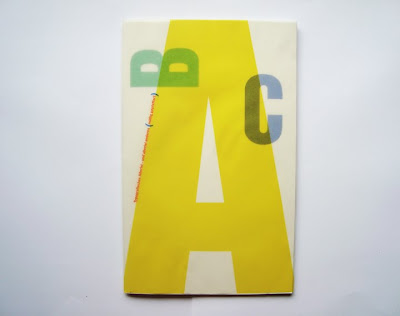 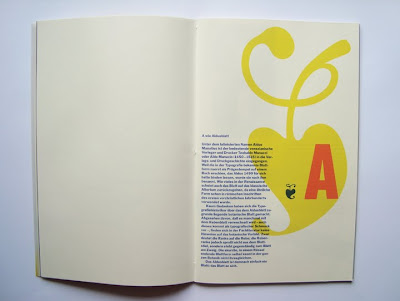 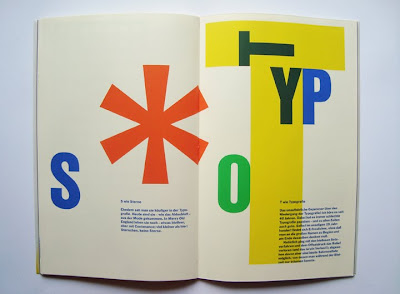 One of the contemporary greats of book design, Jost Hochuli, published this booklet, Typografisches Allerlei (meaning Typographic Variations) in Switzerland in 1997, for the Swiss imprint, Typotron. As part of a series of booklets on typography and design published between 1983 and 1998, Hochuli's ABC book on typography still looks fresh nearly 14 years later.

BTW, the German word Aldusblatt is a printer's ornament or fleuron. It comes from the great Italian printer Aldus Manutius who frequently used the heart-shaped leaf as decoration in his books.
Posted by Jennifer Kennard at 11/07/2010