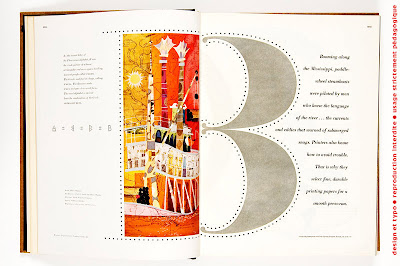 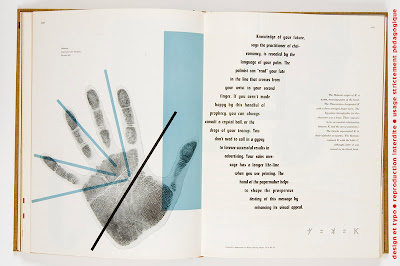 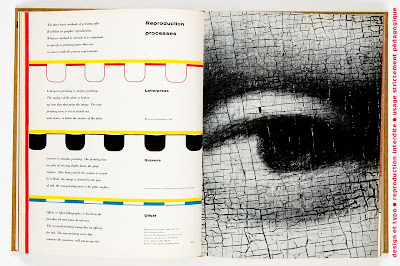 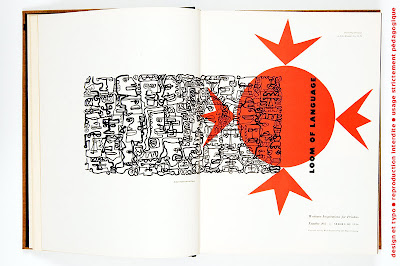 Design&Typo le site, has a rich archive of internationally renowned design work provided by Peter Gabor, the French designer and consultant behind D&T. Originally prepared as course material for his design students at ESAG Penninghen, a graduate school of design in Paris, it quickly transformed into an impressive design research archive which he has generously made available to the public. Care has been taken to present each work as originally printed and intended. You can find the work of Robert Massin's La Cantatrice Chauve (The Bald Soprano); and Hermann Zapf's beautiful typographical compendium, Manuale Typographicum; and Bradbury Thompsons' brilliant series for Westvaco Inspirations for Printers, the paper promotions he produced in the mid-1950s for Westvaco, the West Virginia Pulp and Paper Company. It was this series where Bradbury introduced his Alphabet 26, a monoalphabet based upon Baskerville where the upper and lowercase letters were identical, and case was expressed through letter size only. Even today, the Westvaco Inspiration series are still considered to be some of the most progressive examples of graphic design ever produced in the later half of the 20th C. Don't miss these. 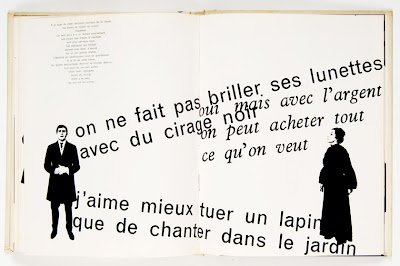 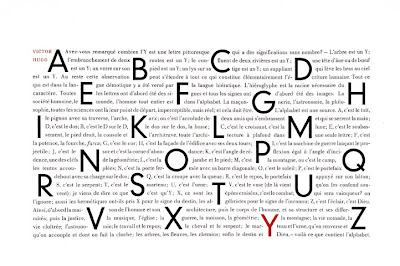 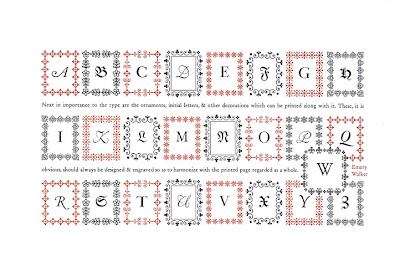