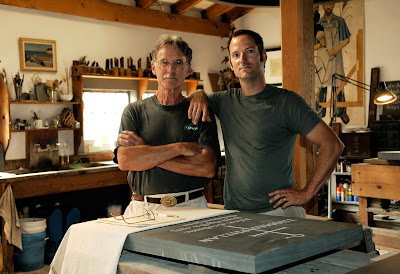 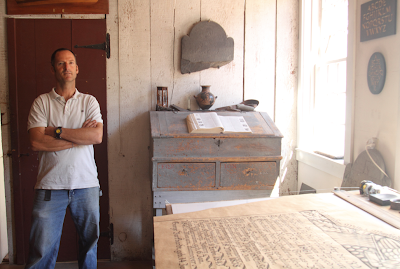 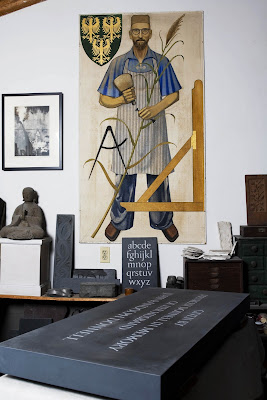 I am so pleased to report the news today of on an article I wrote about three generations of the Benson family of stonecarvers for the Voice: AIGA Journal of Design. Some of you may recall my earlier post about the Bensons this past December, and how I discovered the account of their family's legacy from a 1978 documentary video I caught online. After writing the original Men of Letters post, I received an invitation from writer Steven Heller to do an adaptation of it for the Voice series. Writing an essay is not something I am practiced at, but I was quite honored to share their story. It is a fascinating account on many levels. The narrative includes handlettering, craft, American history, and a remarkable family of artists with more than one MacArthur award. They truly understand typography and the form of the letter. Most of us do well just to design with type and letters, and these guys raise the bar even higher by having to carve them into large blocks of stone. Their portfolio of work is a permanent record left on monuments, on the sides of buildings and on some of the most distinguished memorials in the US. In fact, long before I ever knew of John or Nicholas Benson or The John Stevens Shop in Newport RI, I marvelled at their beautiful stonework I found on so many of the memorials and monuments in Washington DC. I have taken scores of photos—film and digital of many of the words and text they've carved there—because of the beauty, but also because the permanence of a word carved in stone tends to lend it more spirit and meaning I guess.

In a conversation I had with Nick Benson weeks ago, he made brief mention of a book his grandfather, John Howard Benson co-authored called Elements of Lettering. Some of you may be familiar with his lettering work and book already, so I just wanted to connect the dots of the Benson family tree. I also want to share one last comment written about John Howard Benson which I think speaks well about all of the Benson's work. I came across it on Typocurious and it's from an article in 1943 of American Artist magazine written by Matlack Price. In it he writes, I am very sure that John Howard Benson gets the fullest possible measure of human enjoyment of his skills, and that his life and work provide us with an authentic definition of an artist. When as many people come to understand the work of the true artist, as there are people who merely enjoy it, a new golden age of art will have come to the world. ...If only artists could run the world!

I invite you to take a few minutes out to read the Family of Letters article (sorry, but Men of Letters was already taken) over at AIGA and view a slide show of the Benson's fine work. They truly are this country's first family of letters.
Posted by Jennifer Kennard at 2/23/2011