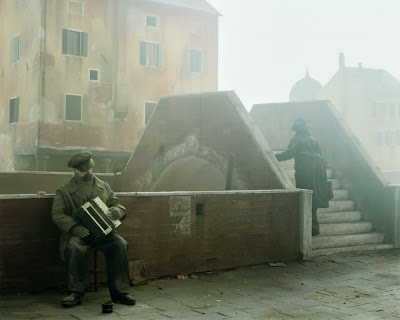 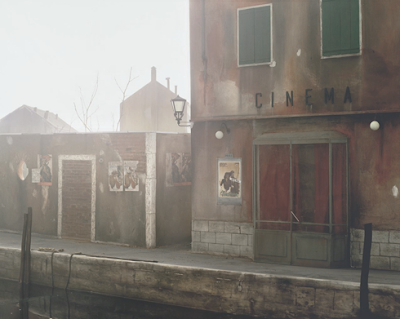 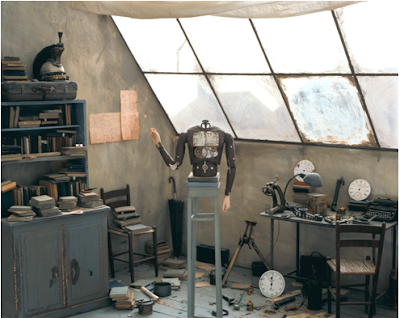 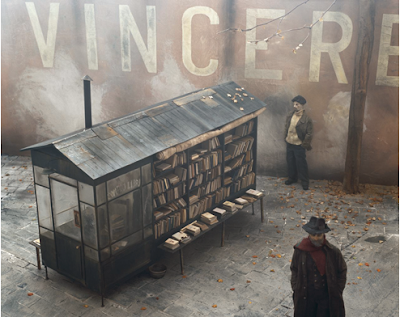 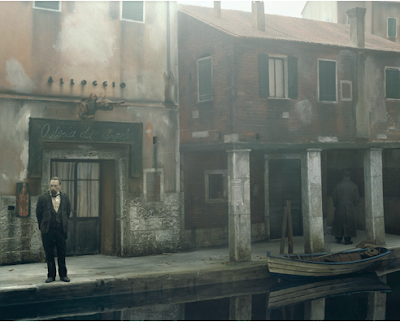 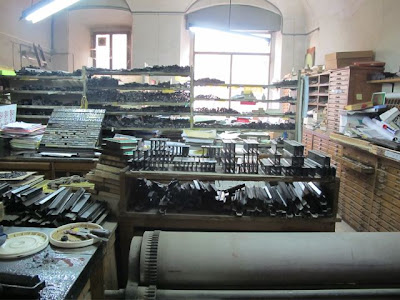 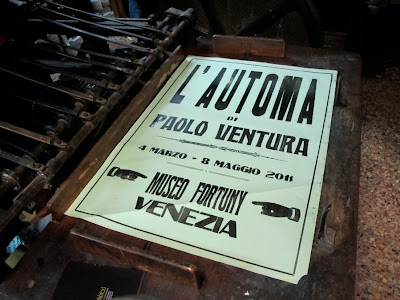 Just this morning I was delighted to find Stephen Heller reporting in his Daily Heller column about Paola Ventura and his upcoming exhibit, L'Automa, opening on March 4th to May 11th at the Museo Fortuny in Venice, Italy. Ventura is a photographer, diorama artist and great storyteller. His photographs of his miniature stage sets portray a dreamlike netherworld inhabited with Fellini inspired characters all draped in a monochromatic tone. Each image contains a scene of a story created with such exquisite detail you have to examine it closely for authenticity. I have reported on Ventura's remarkable narrative work in an earlier post, where you can view a video of him discussing his work and the making of his incredible miniature dioramas. The new L'Automa exhibit tells the story of an old Jewish watchmaker living in a ghetto in Venice during the war in the winter of 1942. The old man has a passion for books and mechanical devices and decides to construct an automaton to keep him company. As Heller relates the story:
The months pass and the old man becomes very attached to the automaton. A magical thing happens one night when the fascist police come to evacuate the ghetto, which makes the old man regard his creation differently.
Designer Kim Mingo, who is Ventura's wife, is assisting with the installation of the show. She found a letterpress printer who has been working for 60 years in the same location, who helped her print a poster for L'Automa. You can read about the process and see more images on Mingo's blog.
Posted by Jennifer Kennard at 2/07/2011