My student Diana Plasencia came to me last week to ask if I would take a look at a book she made over the Spring break. Naturally, I was delighted to do so, and was bowled over by her results. After producing her first book with sewn signatures and a cased-in binding for my formal book design course last Fall, Diana engineered another kind of book structure to accommodate a different sort of book proposal. Weeks earlier, her good friend Jordan asked her assistance to illustrate a short story he had written. He wanted to present his story to his girlfriend as a marriage proposal. Diana seized the opportunity and suggested a book might be the perfect formula. She created about a dozen charming watercolor illustrations to accompany his short story and developed a book structure to accommodate a small hole inside the back board where he could place an engagement ring. Jordan recently presented this finished book to his girlfriend and asked her to marry him, and according to Diana, his girlfriend was thrilled to say yes. 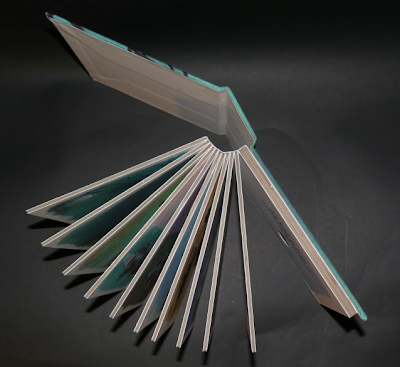 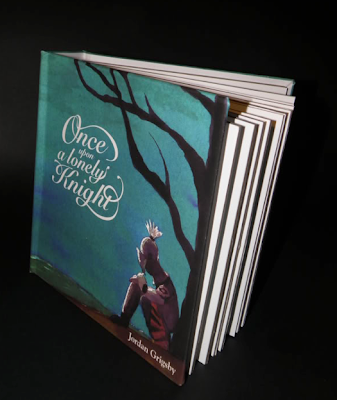 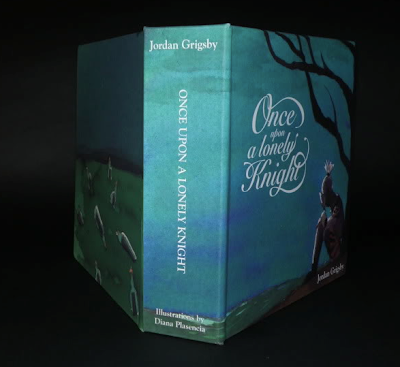 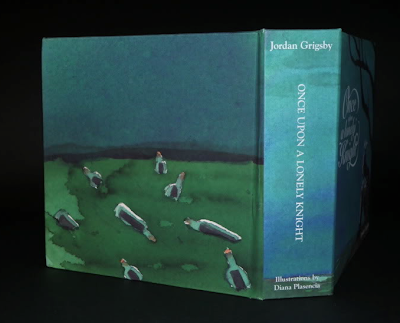 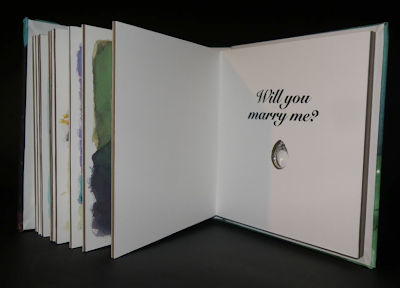 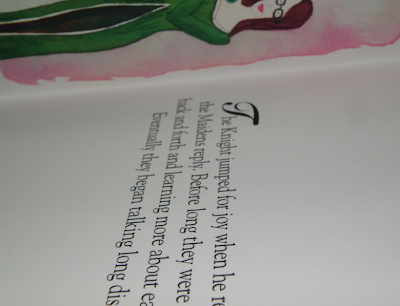 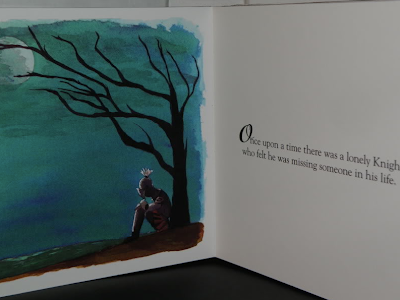