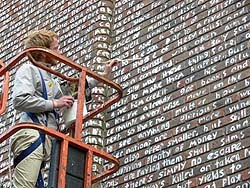 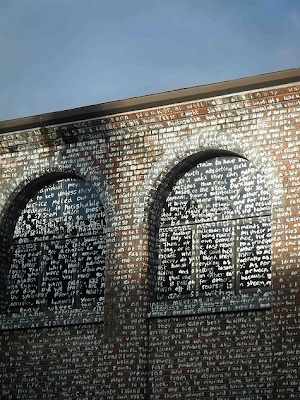 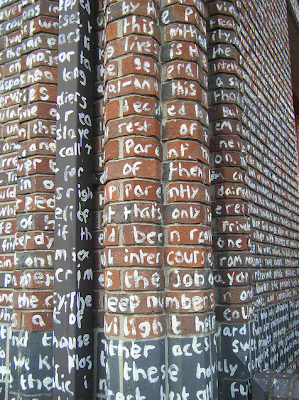 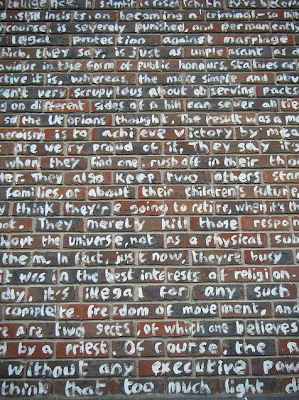 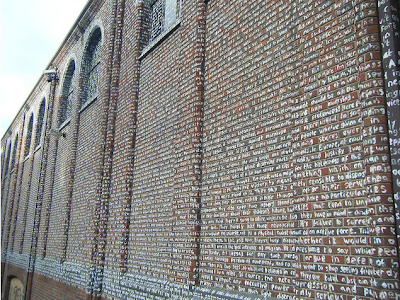 The New York Times reported in the most recent Sunday travel section on the literary town of Norwich England—a Getaway for Book Lovers. Included was an image and brief mention of the abandoned electrical plant which had been painted with the text of Sir Thomas More's 16th C Utopia. A further search directed me to British artist Rory Macbeth who painted the entire building's facade word for word. These are not short line lengths mind you. Each line of text appears to continually wrap around the entire building so the reader would have to circle round and round just to read it all. I'm sure he wasn't concerned with readability or optimal line lengths, but I have to wonder how many times he had to move his ladder while he painted the dang building. Note to self: visit Norwich someday.

Another interesting work of Macbeth's is his reinterpretation of the Bible. Using proprietary software he rearranges the Bible's text into alphabetical order and then printed it in an edition of 300. According to Michael over at Book Patrol, there are 313 exclamation marks, 56 uses of the word slaughters and 86 instances of the word ass. Who knew? This is also a great piece of data visualization that creates some nice text patterns. 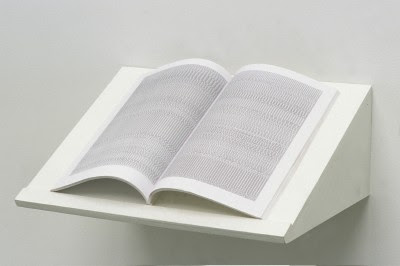 ::The above photo of Macbeth painting the building is by Sarah Morley.
::Other photos of Macbeth's Norwich is work from Daniel Weir's photostream.
Posted by Jennifer Kennard at 1/25/2011