A Pioneer of Modern Design in Spain 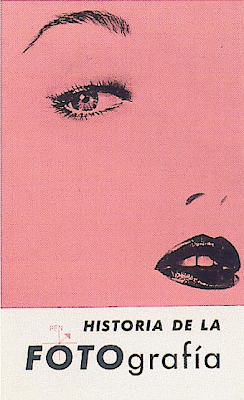 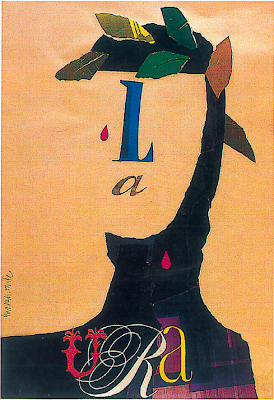 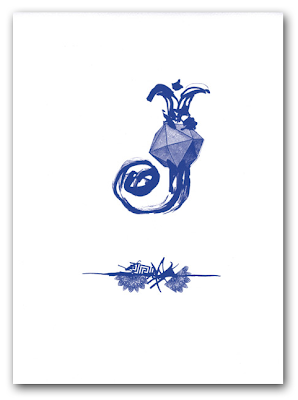 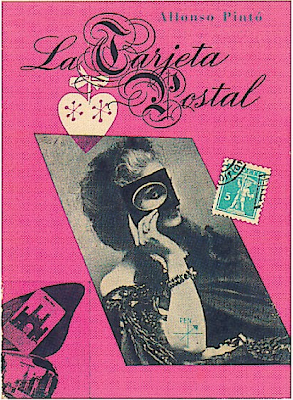 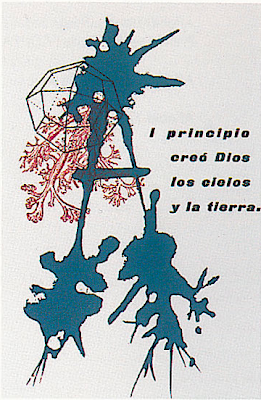 Ricard Giralt Miracle (1911-1994) is considered Spain's first modern designer. He was a graphic artist, typographer and printer who began producing posters, leaflets, book covers and collector's editions in Barcelona in the 1930s. In 1947 he founded his own press, Filograf, and with his masterful combination of tradition and experimentation, he designed posters, logos, greeting cards, booklets, and fonts (most notably Gaudi). Some of his most innovative and meaningful work was produced as plaquettes, or small bibliophile's notebooks which he experimented with for over thirty years. Always central to his craft was the image and the letter. I think the handmade quality of his lettering and so much of his design work looks just as modern and sophisticated today as it did when he created it years ago.
Above artwork:
1. Book jacket on the history of the photograph, PEN publishers, 1954
2. Filograf poster, collage assembly, 1955
3. Handlettered J
4. Book jacket design for stamp collecting book, PEN publishers, 1953
5. Cover of the plaquette, Moises, 1959

Near as I can tell from the translation at sd-mudito edicions, Miracle produced the plaquette below entitled Guillermo Diaz-Plaja, Zoo, as a promotion to send to clients in 1966. 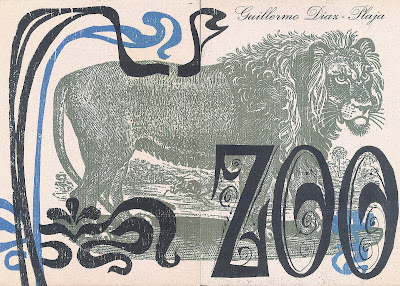 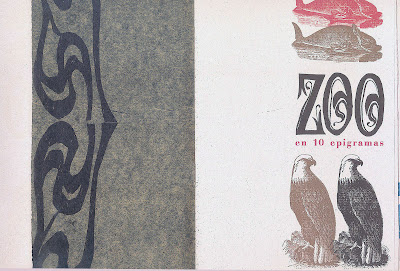 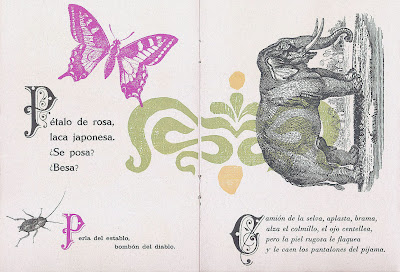 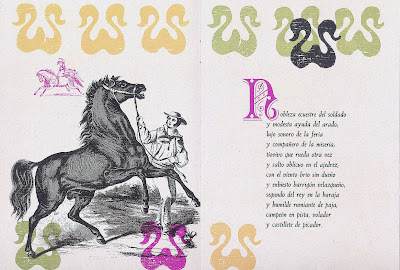