Illustration by New York artist, Alexander Anderson (1775-1870), considered to be one of America's first illustrators. Anderson produced a prodigious amount of work during his lifetime and was still producing amazing works of wood engraving even into his 90s, which suggests he may have had Father Time on his side. Or maybe there was just more sand in the annual hourglass back then. Figures. Even the sands of time are eroding. 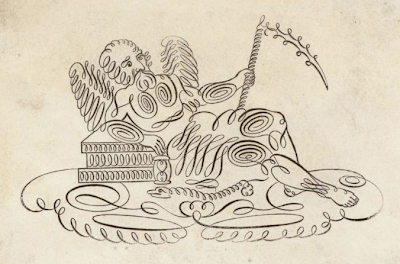