Story of The Little Book of Big Type

This miniature type specimen book from 1961 was the result of a collaboration between Los Angeles bookseller, Glen Dawson and printer Will Cheney. It contained type specimens from Will Cheney's cases. Cheney (1907-2002) was a self-styled typesticker in LA and loved setting metal type into words. He was obsessed with typography and perhaps best known for his miniature books along with his wry sense of humor. I never had the pleasure to meet Cheney or see this little book of Big Type, but it is a very sweet gem. 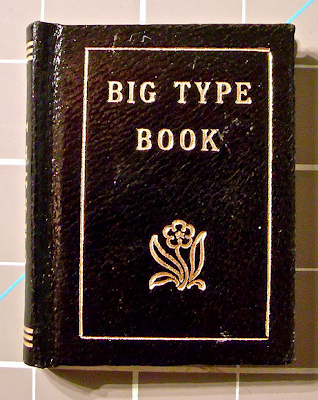 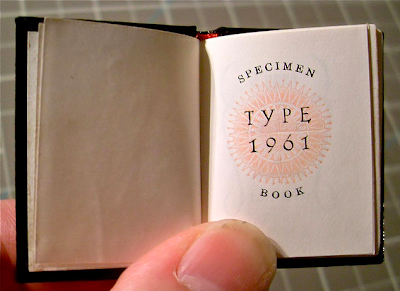 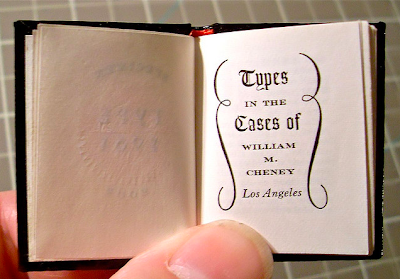 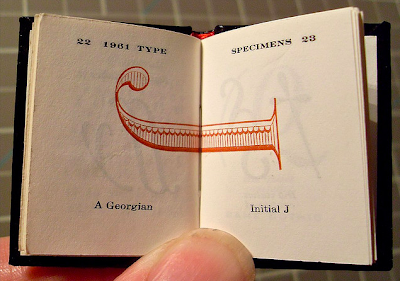 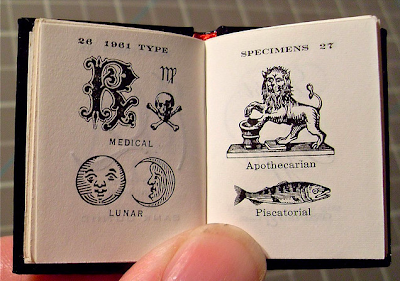 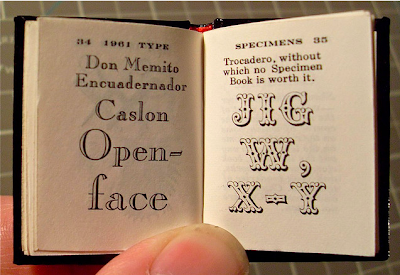 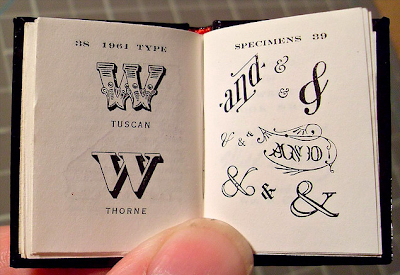 As a sidenote, bookseller, Glen Dawson and his brother Muir, were second-generation owners of what I believe was the best rare book shop in Los Angeles for many years—the legendary Dawson Bookshop on Larchmont Boulevard. It was a family business which began in downtown LA in 1905 by their father Ernest Dawson and they specialized in rare books on California history, Western Americana, photography and fine printing. Ernest was not only a rare book dealer, but was also an accomplished mountain climber who served as president of the Sierra Club for several years in the 1930s. His two sons, Glen and Muir (namesake of John Muir) took to the mountains as well. Glen was part of a team of climbers who did a daring first ascent of Mt. Whitney in 1931. During World War II, both he and his brother Muir served as ski and rock climbing instructors in the Tenth Mountain Division at Camp Hale, Colorado and in Italy. Together, they later took over the family bookstore and moved to various downtown locations before eventually settling into their Larchmont location in 1968. During the course of their careers, the Dawson's published nearly 400 collectible books, many of them miniatures like the one featured above by Will Cheney.

It was in the early 1980s, when I first discovered Dawson's Bookshop myself. It was probably by gravitational pull. I was a young designer and eager to soak in anything I could read about fine printing and books. Dawson's was one of my earliest introductions to a rarified collection of materials on fine printing and typography and I would spend hours browsing their bookshelves. I couldn't afford much more than an occasional piece of ephemera at the time, but the Dawson's always made me feel welcomed just to stop in and browse.

Last August, after more than a century of bookselling, Muir's son and third generation owner, Michael Dawson made the difficult decision to officially close the doors of the Larchmont store and shift his family book trade online. After years of catering to book collector's and libraries he felt it was time for a new chapter to the family business. I am sad that I am no longer able to visit their friendly shop again, but comforted knowing it still virtually exists. You can read a recent interview with Michael and review a slide show of more historic photos of the various Dawson Bookshop incarnations here. The images below are several of the first Dawson Bookshops' in Los Angeles beginning with the earliest store on Broadway taken in 1907.

Thanks to Paul Ritscher's Typesticker Flickr for Cheney's Type Book images. And special thanks to Dawson's Bookshop for all of the great memories! 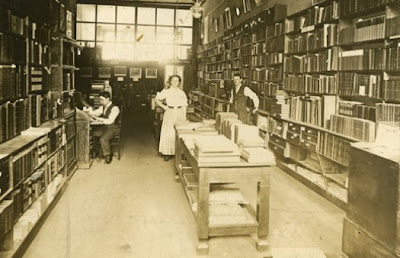 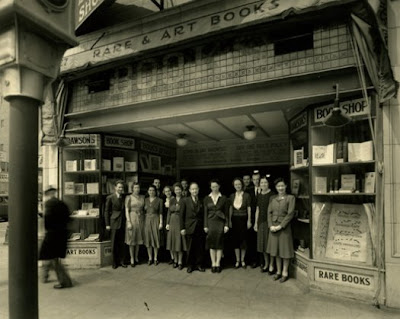 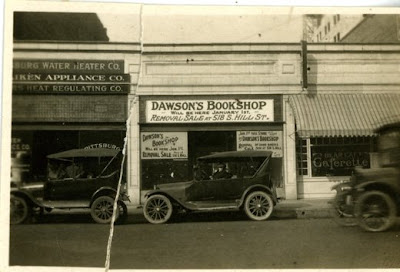