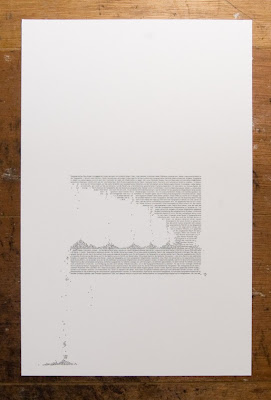 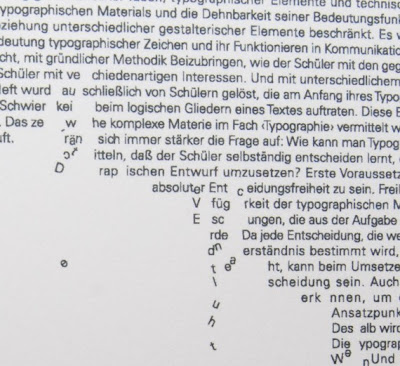 More typographic erosion from San Francisco designer Jason Permenter. This is the third in his series, each of which explores the effects of erosion and weathering on the printed word. The text itself is taken from a 1971 essay on experimental typography by the German designer and typographer Wolfgang Weingart, and is set in Adrian Frutiger's Univers typeface. I have reported on his earlier eroding texts in a previous post. Get your copy here before they erode away entirely.
::Thanks SwissMiss!
Posted by Jennifer Kennard at 1/20/2011