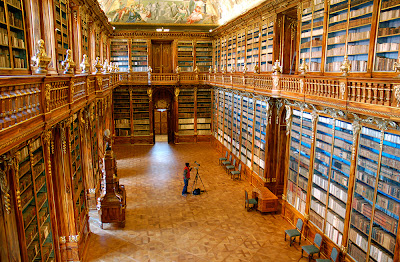 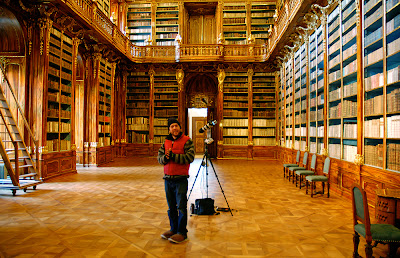 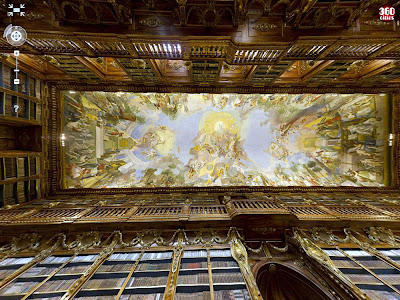 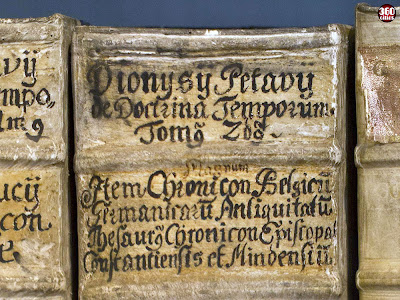 Read a fascinating story from Wired about a 360 degree photograph of Prague's Philosophical Hall, a Baroque reading room in the city's 868-year-old Strahov Monastery Library. And then view the 40 gigapixel photo produced by photographer Jeffrey Martin here. This room is a repository of rare books and is typically off limits to the public. Martin received special permission to spend the five days of shooting it took to make the composite image. The camera took another 111 hours of post-processing in order to stitch together the nearly 3000 images of the final 360 degree photo. You can actually scan the entire room of the finished photograph and zoom in close enough to read some of the titles on the rare books. Quite remarkable.
:: Via Bookshelf Porn
Posted by Jennifer Kennard at 3/30/2011