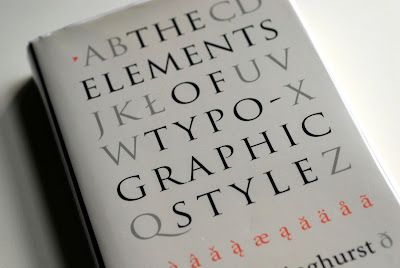 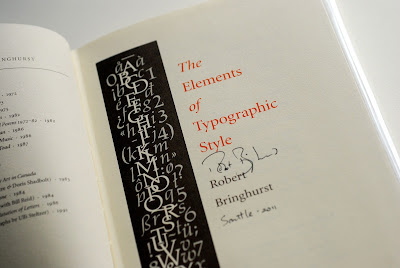 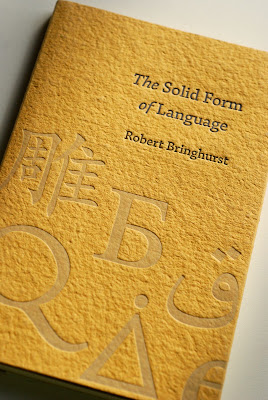 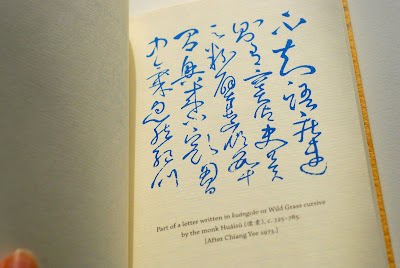 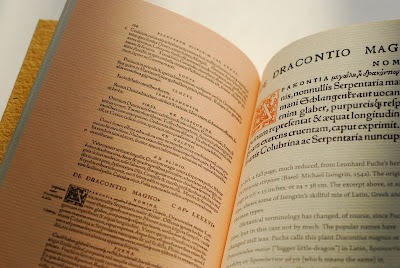 This past weekend I had the pleasure to attend a small gathering at Seattle's Elliot Bay Bookstore for a book reading by typographer, linguist, poet and author Robert Bringhurst. Some of you may know him as author of one of the most influential books on typography, The Elements of Typographic Style. Often referred to as just Bringhurst, this classic book has gone into six revised editions since it was first printed in 1992. As a teacher, I consider this an essential book for designers of any stripe and recommend it to all of my students to purchase and read cover-to-cover. Bringhurst is a prolific and brilliant writer of prose, linguistics and typography. Even so, this particular book reading had little to do with typography, but centered on language. He read from his recently published, third book in the trilogy on the Masterworks of the Classical Haida Mythtellers, A Story as Sharp as a Knife, about the the first nation Haida culture in British Columbia and the reinterpretations of their storytelling into written language.
Several years ago I had an opportunity to hear Robert Bringhurst speak specifically about typography at TypeCon in Seattle and was blown away by his eloquent presentation. He equated letters and text with musical scales and even particles of physical matter, just as he touches upon in Elements. This recent reading was all about language and storytelling, and how language is interpreted in different cultures. After the reading I had an opportunity to briefly speak to him and my first question was how he came to write Elements of Typographic Style since his life's work has been about the study of linguistics, literature, physics and philosophy. He replied in so many words that all of these studies revolved specifically around language. Typography is the greatest ingredient of written language and it's presentation has everything to do with communication and design. Bringhurst's books are a perfect example of this, as he has a hand in the design of each of them. Elements was originally published by Canadian publisher, Hartley & Marks in 1992 in a white hardback cover. Later revised editions were reversed and printed in black background covers. Also shown here is The Solid Form of Language, about the relationship of script and language. It is designed by Robert Bringhurst and Andrew Steeves and published by the Gaspereau Press of Nova Scotia in 2004.