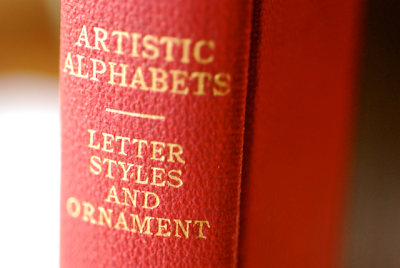 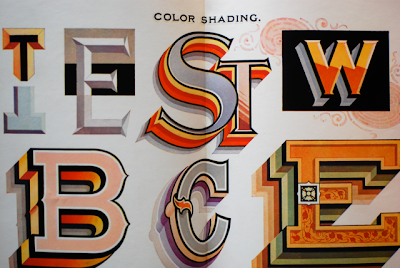 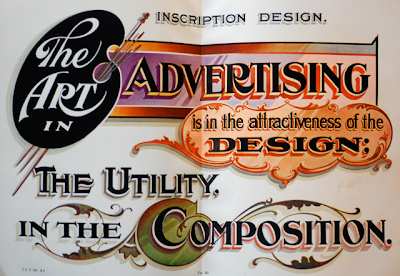 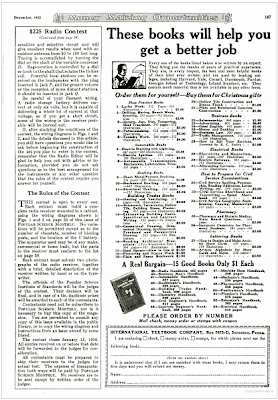 From the International Library of Technology, Artistic Alphabets for Show-Cards and Signs, by E.L.Koller, 1925. This book is part of a series of technology textbooks published for students engaged in the engineering trades as part of the International Coorespondence Schools in the early part of the 20th Century. The textbooks were often advertised in Popular Science magazines as a way to get rich quickly. This particular book was written for the aspiring signpainter and contained chapters on brush practice; gothic, roman, italic and modern typestyles, spacing of letters and decorative ornament. You can see another edition from this series on Google Books called Elements of Lettering which covers a lot of the same material with similar images. This book actually contains some very practical information which is still relevant today.
Posted by Jennifer Kennard at 3/24/2011