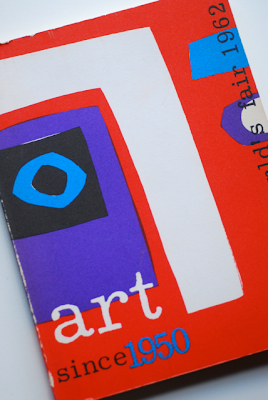 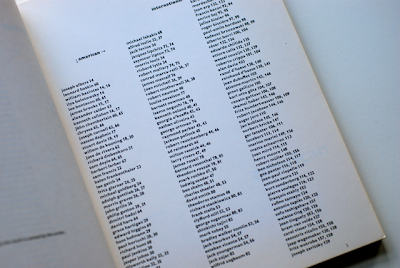 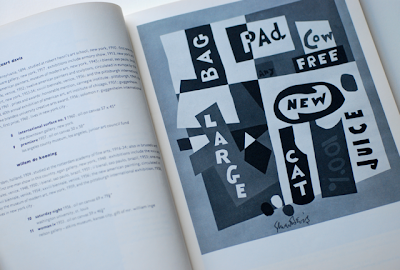 Catalog for the 1962 Seattle World's Fair exhibition, art since 1950. The cover was designed by Dutch designer Dick Elffers (1910-1990) and the black and white image is a Stuart Davis work which appeared in the exhibit. The catalog was printed in the Netherlands by Joh. Enschede en Zonen. Willem Sandberg (1897-1984) wrote the introduction to the international section in the catalog which is written in stanzas and in lowercase letters without any punctuation—typical of Sandberg's design work. Although there are no design credits anywhere in the catalog to be found, my suspicion is it was also designed by him. All of the text throughout the catalog is lowercase and flushed left which was his signature treatment. Sandberg was art director of the Stedelijk Museum in Amsterdam and had designed nearly 300 catalogs in his interim there between 1945 and 1962. If he didn't design this art catalog, someone's got some 'splaining to do.
Below is Dick Elffer's poster design for the 1962 Worlds' Fair which gives a nod to Willem Sandberg by using all lowercase characters.
Posted by Jennifer Kennard at 3/14/2011