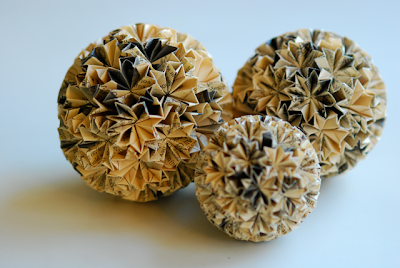 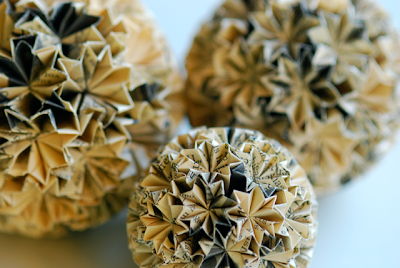 These 3 origami balls were a gift from a very sweet Japanese friend named Yayoi Matsuda from Osaka. She made them all from text pages of Parade Magazine as they were the lightest weight paper she had on hand at the time. Each ball contains about 50 different folded pieces of paper. Her father taught her how to make them when she was a young girl. He told her that origami will keep your brain active and sharp and be a prevention against memory loss. Yayoi tried to teach me how to make a ball, but I was not a good student. Which may account for my poor memory. Yayoi has since returned to Japan years ago, but left me with this beautiful 3D step-by-step set of instructions which I treasure as much as the origami balls. 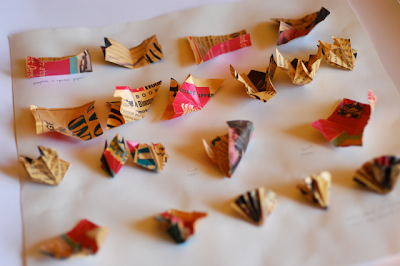 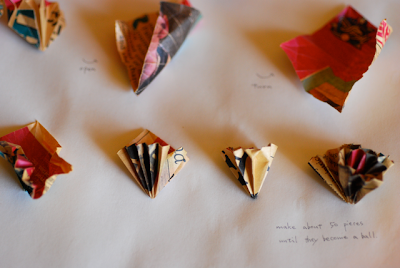 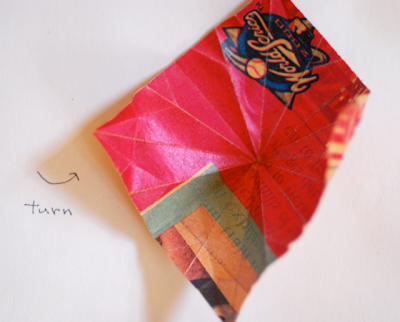 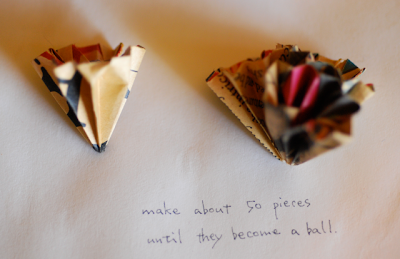